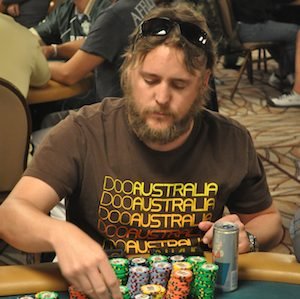 The final numbers are in for the September Monthly PocketFives Leaderboard, or PLB, on PocketFives. This time around, we have a two-time Monthly PLB winner: Nicolas PokerKaiserFierro (pictured). The Chilean racked up 4,026 PLB Points during the month, beating second place Yuri Martins by 47 points.

Fierro’s 4,026 PLB Points were the most by a Monthly PLB winner since May of this year and the second most since May 2013. Here were the top 10 in the Monthly PLB race for September:

Fierro had a solid month any way you slice it. He turned in 281 in the money finishes during September for $374,000 total. On September 24, the Chile poker community member finished second in a WCOOP $215 NLHE Re-Entry Big Antes tournament for $59,000 and 465 PLB Points, good for 15% of his cash total for the month.

One day before his WCOOP runner-up finish, he took third in the PokerStars $109 Rebuy for $8,000. One day before that, he turned in his largest cash of the month by winning a WCOOP $215 NLHE Turbo Knockout for $101,000 officially and a rousing 802 PLB Points.

On September 21, Fierro finished second in an OPS event for $19,000, continuing to excel in major online poker series. His final five-figure payday of September came on the 14th, when he won the PokerStars $55 Rebuy and earned $14,000.

Congrats to Fierro on his second Monthly PLB title!