New Jersey players with unclaimed funds, seemingly regardless of the amount, were sent an e-mail in recent days that read in part, “As we recently have received approval in New Jersey and anticipate beginning to offer real-money online gaming soon, we wanted to provide you with the opportunity to obtain the funds.”

In order to claim the money, players can log into PokerStars, e-mail support@pokerstars.net, send snail mail, or go in person to an office in Atlantic City. The e-mail explained, “We are required to make a diligent attempt to renew contact. If contact is not renewed, we are required to transfer your account to the custody of the State of New Jersey. The State is required to maintain custody of these funds until you come forward to claim them from the State. The State must pay you interest when the funds are returned.” 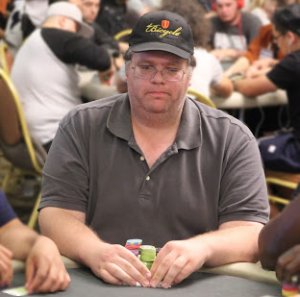 As PocketFives Community Manager Kevin KevmathMathers (pictured) said of the December 28 deadline, “It seems to guarantee Stars won’t be in NJ until at least January 1.”

One PocketFives New Jersey member said he received an email for $4.27, while another got an e-mail for $0.04. The latter player received an email that said, “As the remaining balance is less than the cost to process a return of the funds, we’d like to offer you the option of instead donating the funds to CCGNJ: Council on Compulsive Gambling of New Jersey charity.” Mathers speculated that players with less than $1 in unclaimed funds would likely have their balances donated.

The e-mail was dated October 29.