In a blockbuster announcement on Friday, the first day of May, PokerStarsannounced that it’s ending lifetime rev-share for affiliates, including PocketFives. An email sent to us on Friday morning read in part, “From June 1, 2015, PokerStars will pay revenue shares to affiliates for only the first two years of activity on a player’s account. This will affect all referrals by affiliates, including retrospectively affecting those players referred prior to June 1, 2015.”

Thus, on June 1, affiliates will get no monetary benefit for any players they referred before June 1, 2013.

PokerStars added, “We believe that this change will ensure that the PokerStars affiliate program rewards affiliates who join PokerStars in introducing the game to new audiences rather than the current program, which disproportionately pays affiliates for rake generated by existing players.” PokerStars stopped awarding CPA, a fixed cost per acquisition, three years ago, forcing all new referrals to be subject to the company’s rev-share model.

PokerStars, which is owned byAmaya Gaming, recognized that the drastic change could have a “significant impact” on affiliates. The company added, “By spending our marketing funds on attracting new players to the game rather than on paying for past marketing efforts, we believe that we will be able to grow the game of poker.”

PokerStars has a virtual monopoly in the online poker market, as according to PokerScout, the site hosts almost 50% of online poker cash game traffic, eight times the next closest competitor.

Speaking on the impactful, far-reaching change, the message to affiliates concluded, “We must re-balance the incentives to benefit affiliates who maintain and grow new player acquisition.” 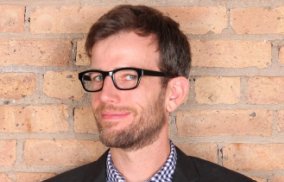 PocketFives co-founder Adam Smallwas among the first to break the news, doing so on Twitter on Friday. Small opined, “Try not to look at the Stars news as one company acting pathologically monopolistic. Their behavior is entirely rational. Need competition.” He noted that it was a “bloodbath,” but “not surprising.”

In response to Small, Online Poker Report’s Chris Grove (pictured) wrote, “In all fairness, the ‘competition’ has taken similarly aggressive actions toward affiliates in past.”

PokerSource’s Jay Lakin took an opposite view, telling PocketFives, “While not surprising given their market share, it still leaves a very bitter taste in my mouth. PokerSource started sending players to PokerStars back in 2005 and, partly due to our marketing efforts and freerolls, many of our non-US players are still active on the site. I’m hopeful that Stars will reconsider their decision and rescind it.”

One of the largest affiliates in the industry, who wished to remain anonymous, told us, “We understand the decision on business grounds, but it might be seen as going against the company’s previous pledge to grow the poker economy.”

The same source pointed out, “Affiliates build momentum and traction through player and tournament recognition. They educate players in a complicated world of local regulations. Good affiliates deliver value in more than referred players – they remind people of what a great game poker is without having to sell a particular brand. Stars has a reputation for looking after the community at all levels and it seems that now is a good time for them to demonstrate their overall trustworthiness with their longstanding partners through other methods.”