Due to impending double-taxation issues, PokerStars.fr, the 11th largest site in the world in terms of cash game volume according to PokerScout, announced that it will withdraw from the UK market. PokerStars.fr is the second largest dot-fr site.

All UK players were referred to PokerStars.co.uk, which, according to an e-mail sent by PokerStars.fr, “will continue to share all games and player pools with the PokerStars.com site. Due to UK regulations, the auto rebuy feature will not be available on the UK site for either cash games or tournaments. All other software features and game experiences will remain the same.”

PokerStars’ UK client will be available starting October 1 and players must download it and log in before being able to access any games. Players’ user names and account balances are not affected and, as the aforementioned e-mail to players explained, PokerStars UK users will be able to tangle with PokerStars.com players and not be ring-fenced in any way.

In terms of the rationale for PokerStars.fr withdrawing from the UK market, text found on PokerStars’ website explains, “Due to new regulations, all gaming services available to players in the United Kingdom must be licensed in the UK. As a result, all PokerStars players in the UK will be required to move their accounts to PokerStars UK and download an updated desktop client and/or mobile app to continue using the service.” 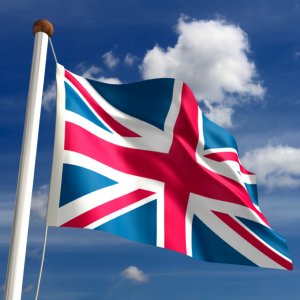 According to our original articleabout the internet gambling upheaval looming in the UK, “The Gambling Licensing and Advertising Bill was passed by the United Kingdom’s House of Lords and became a part of British law after it received Royal Assent on May 14, 2014. The UK gaming law includes… a 15% point of consumption gaming tax for online gaming operators.”

For dot-fr sites, a 15% point of consumption tax in the UK is on top of the heavy taxes already levied by France’s gaming regulatory agency, ARJEL. As a result, it could be difficult for an online poker site like PokerStars.fr to turn a profit on UK players when it’s taxed twice.

On the future of other UK-facing sites, PokerNews outlined, “Mansion has already withdrawn from the UK market… Expect announcements from the big British firms such as PartyPoker, Bet365, Ladbrokes, and William Hill in the near future.”

PokerNews also said that Winamax, the largest dot-fr site, is departing the UK market on October 1. PocketFives could not independently confirm Winamax’s departure, as a representative of Winamax told us more information would be forthcoming next week.

The Gambling Act has been a topic of conversation in PocketFives’ England poker community and others in the UK. We’ll keep you posted on the latest.