Online poker players in Pennsylvania have to wait no longer. Monday, November 4 is Day 1 of the two-day soft launch period for PokerStars PA. This story will be updated throughout the day.

Update 9:25 PM: Time may be winding down for the night but that’s not stopping ‘breakfastball’ and ‘pittfan80’ from battling heads up in the $4/$8 Eight Game Mix. 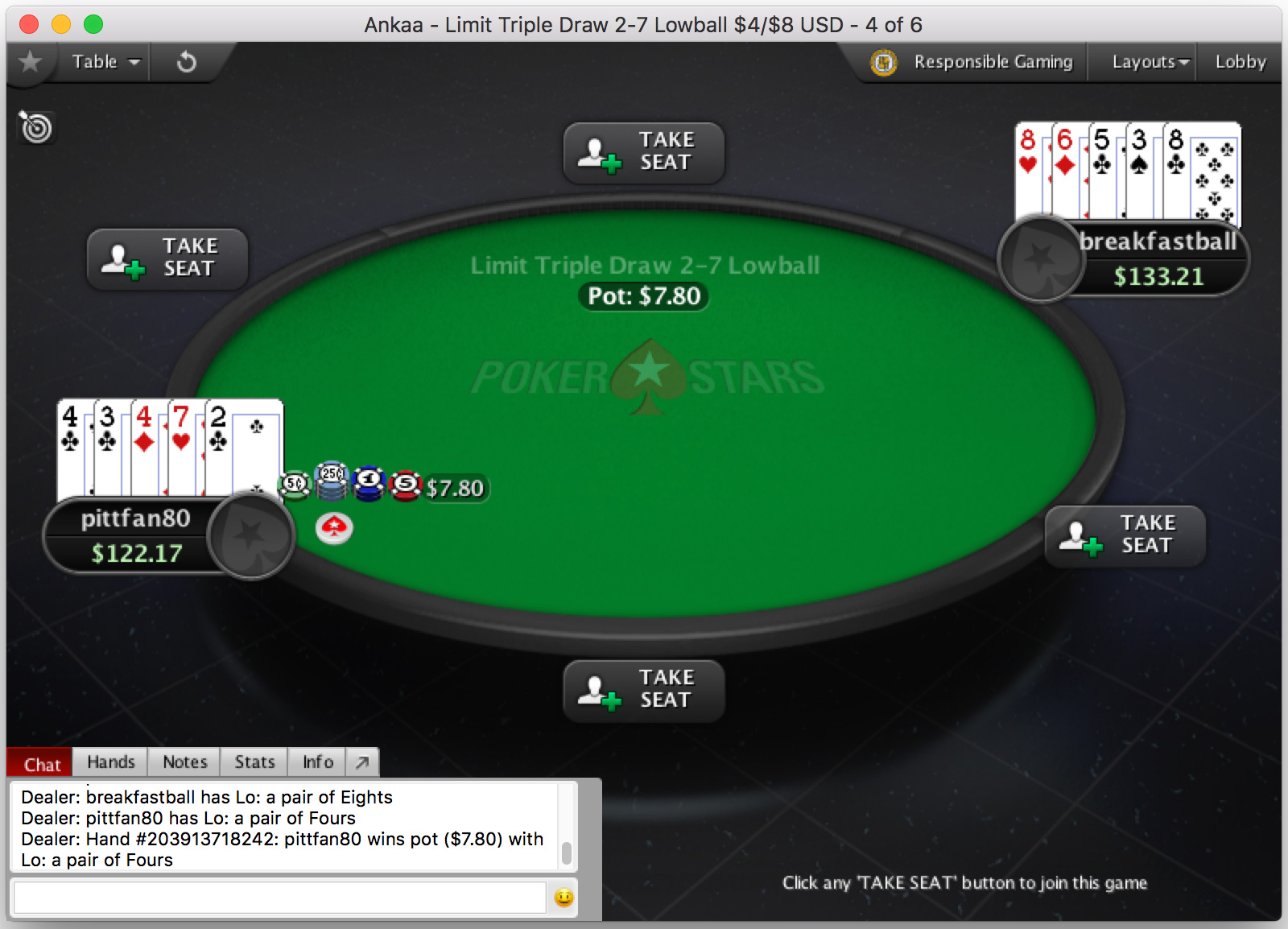 Update 9:04 PM: We enter the last hour of Day 1 of the soft launch with the player pool hovering right around 700.

Update 8:00 PM: Just before 8:00 PM, PokerStars PA saw 700 concurrent players for the first time. After dipping back down for a minute or two, the number climbed back over the mark at the top of the hour.

Update 7:30 PM: Taking another look at the player pool, at 7:30 PM there were more than 665 players battling in real money games. 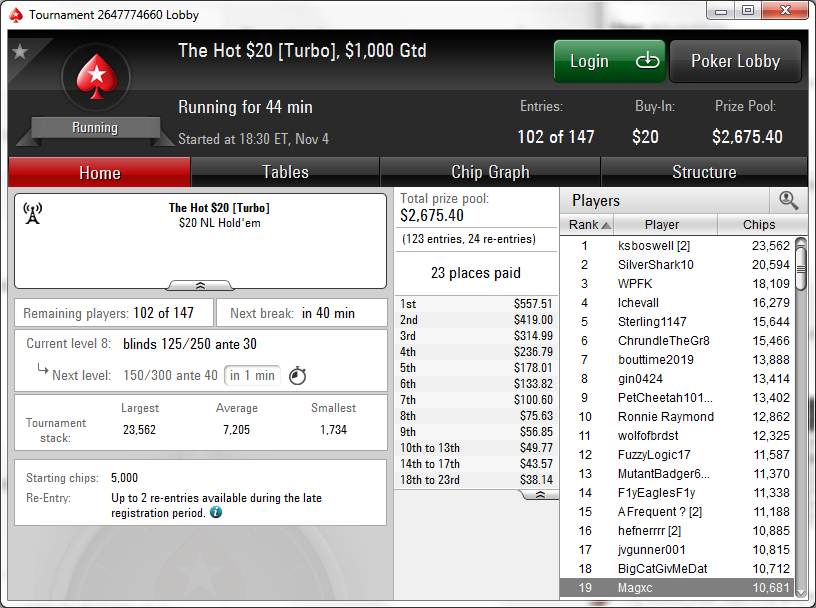 Update 7:00 PM: There were 590 real money players online at 7 PM. If everything stays the course we should see 600 in a few minutes. 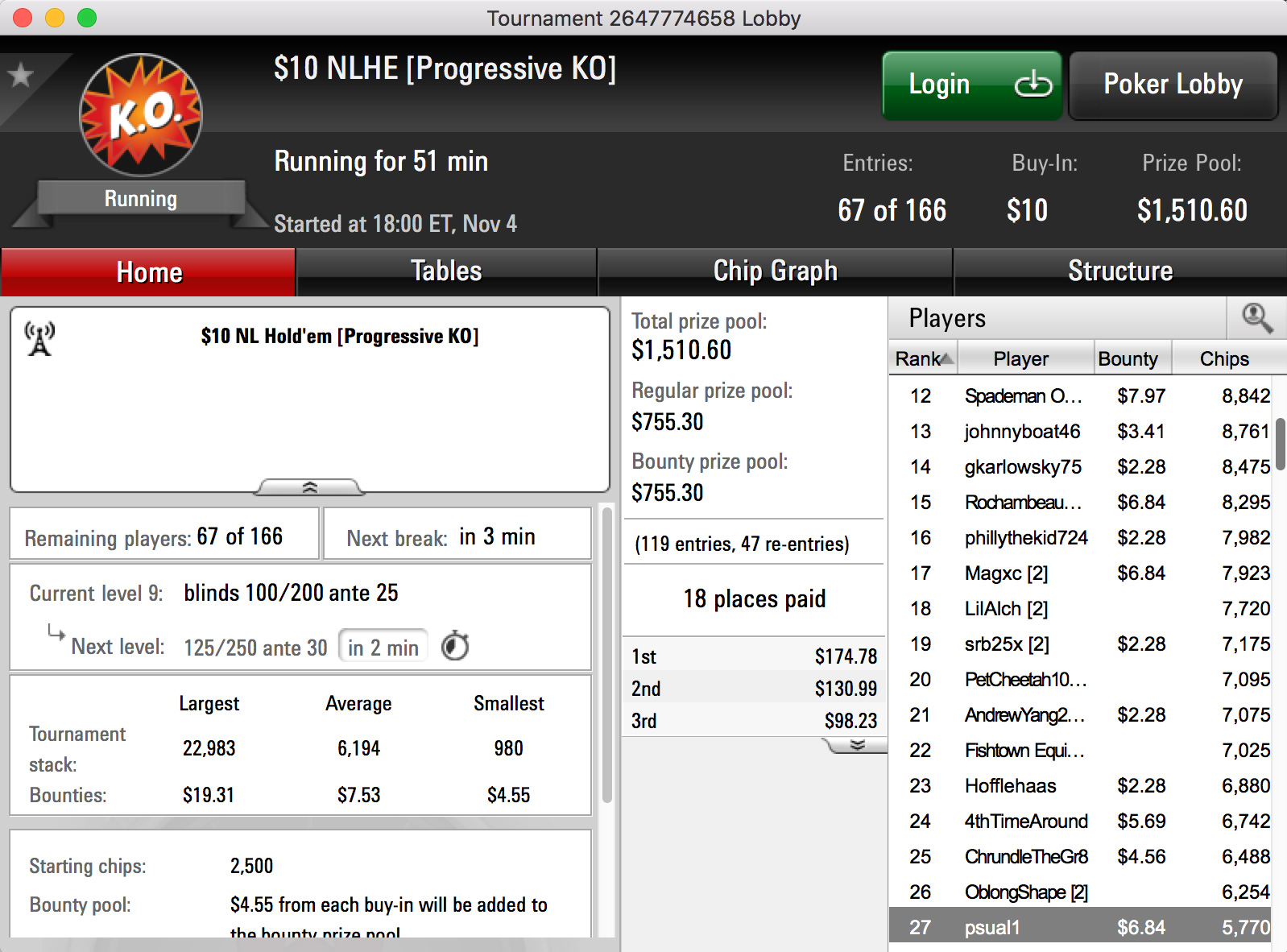 Update 6:44 PM: PokerStars ambassador Jennifer Shahade held the chip lead with six players left in the Hot $10. In the end, the Women’s Chess Champion settled for a third-place finish collecting $158.56…right from her home outside of Philly. 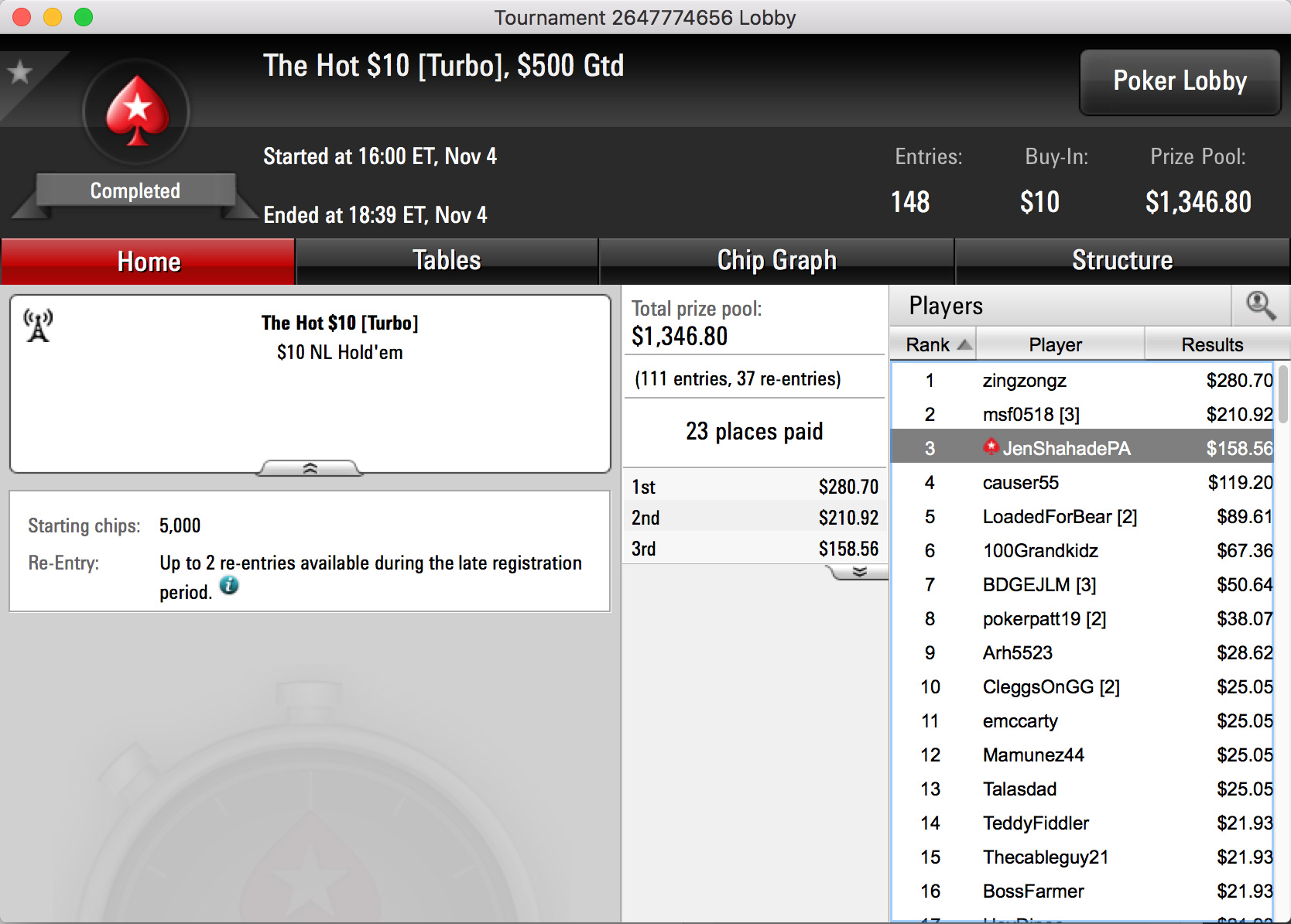 Update 6:30 PM: We are keeping tabs on how many real money players are on the PokerStars PA site during peak hours. At 6:30 PM there were 484 players on the site.

Update 6:16 PM: The biggest NLHE game running is the $2.50/$5 game. There are currently two tables going with ‘ToddLaxmen’ and ‘FarWomenTellAll’ doing a little multi-tabling and ‘TeamVillage’ currently sitting with over $1,400 behind.

Update 6:08 PM: While we were putting together that last update, the number of players playing real money games soared past 400.

Update 6:07 PM: The $5 PLO MTT [Six Max, Turbo] had a total of 46 entries (30 players, 16 re-entries) with the top seven placed getting paid. Players were in the money just before the re-entry period expired. 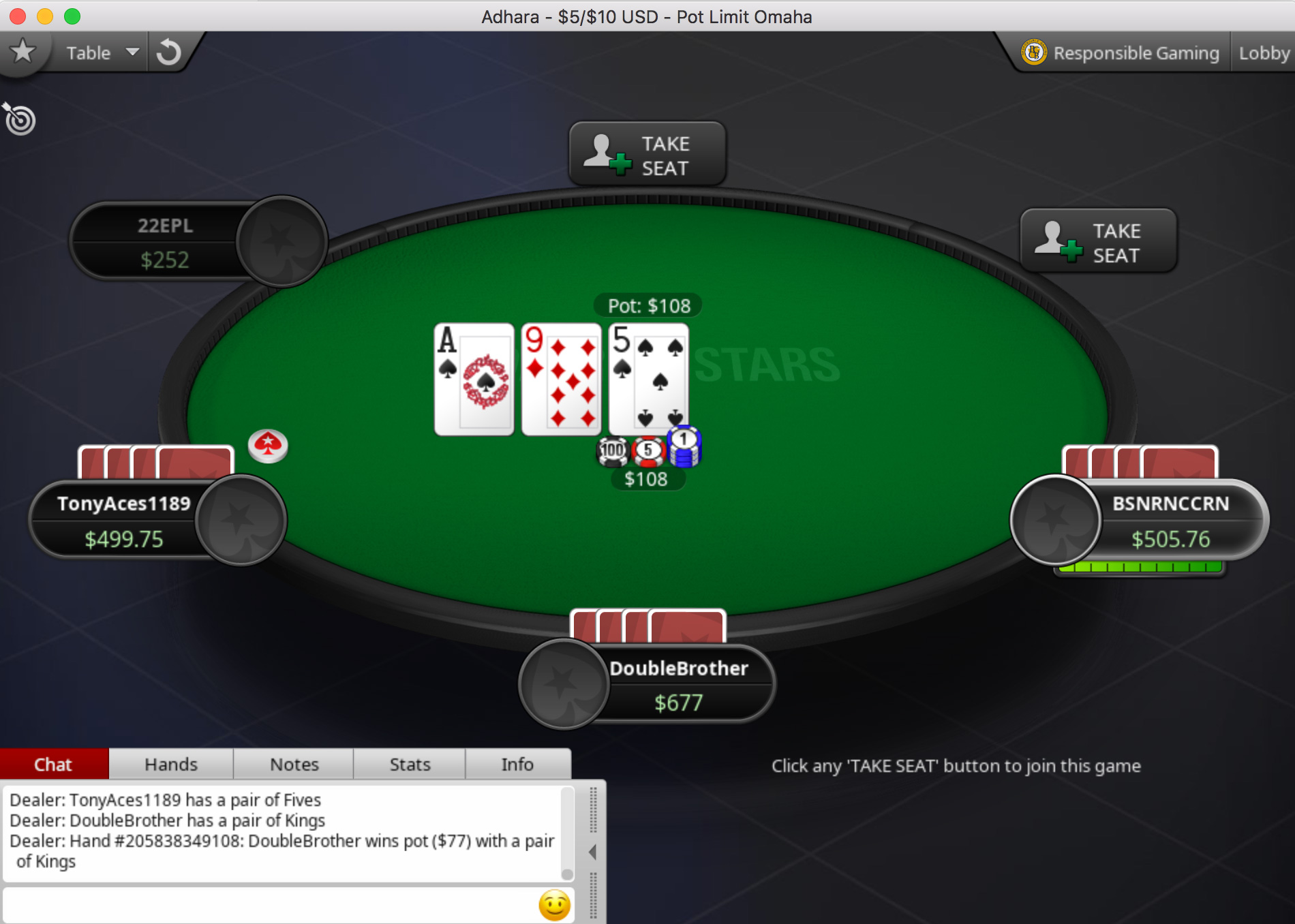 Update 5:40 PM: One of the benefits to the PokerStars client is how many games they offer. While the majority of the action on Day 1 has been in NLHE, PLO or in the MTT’s, a heads up battle between ‘veedubs23’ vs. ‘cardfan42’ is taking place at the $3/$6 Limit Stud tables. 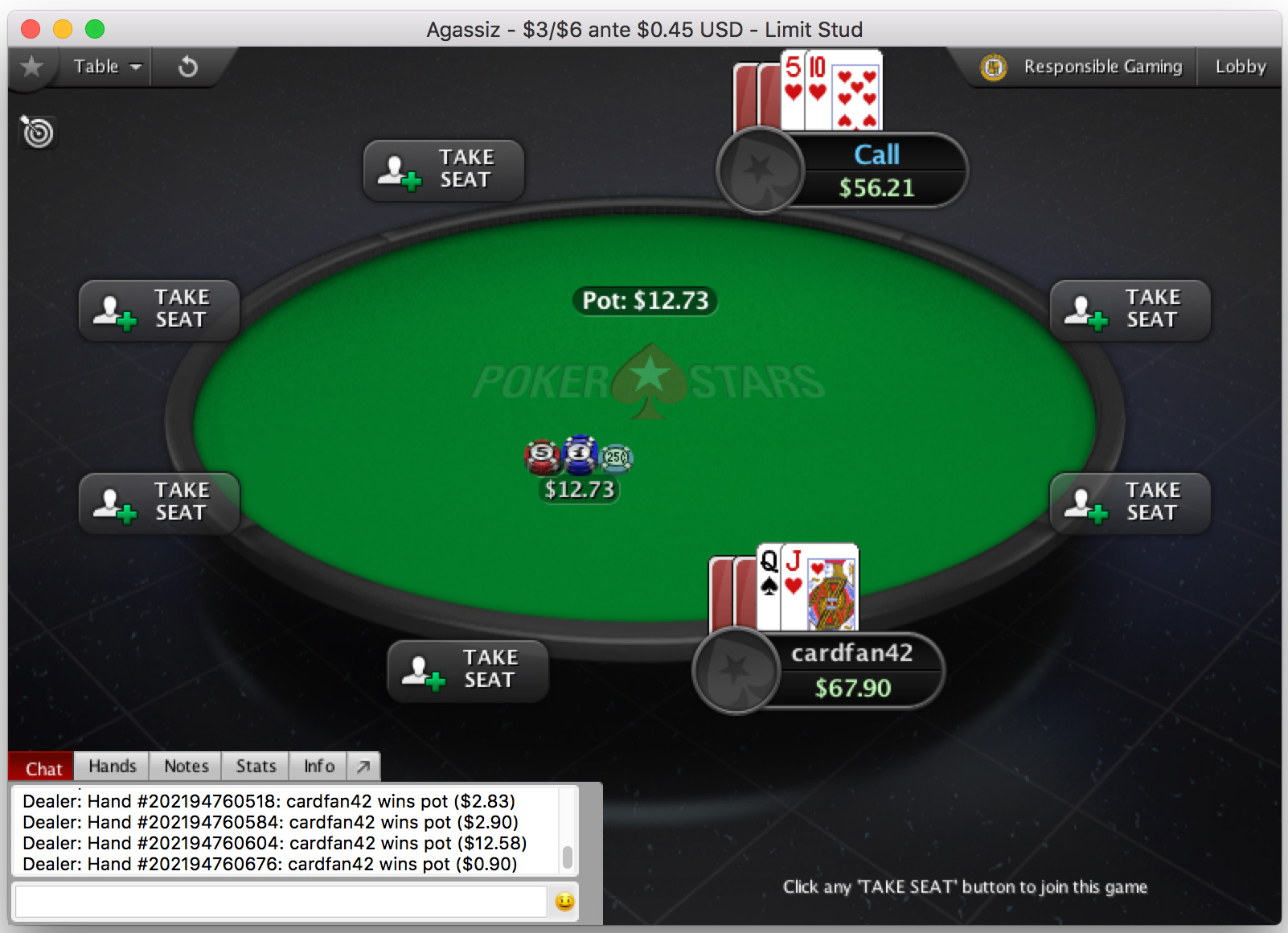 Update 5:33 PM: It’s worth mentioning that PokerStars popular Zoom cash games are not a part of the Day 1 soft launch. 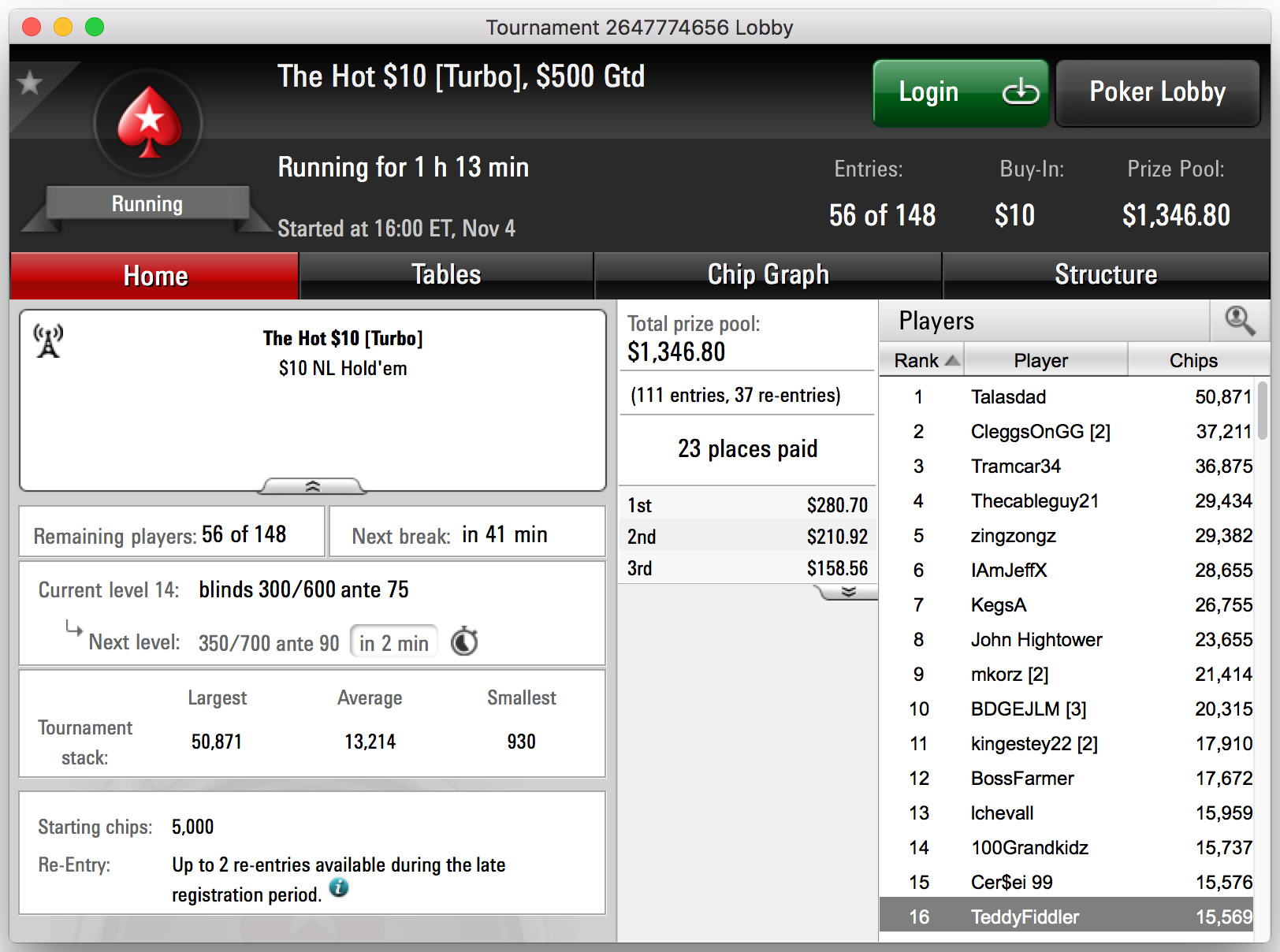 Update 4:57 PM:  Online poker is back in Pennsylvania…and so are those bad beats!

Busted first ever post Black Friday regulated PA tourney in heart breaking style but ITM. I have over 600k in online cashes but this $9.08 feels so good! #WelcomeBack #RegulatedAtLast pic.twitter.com/xYz1BFyb48 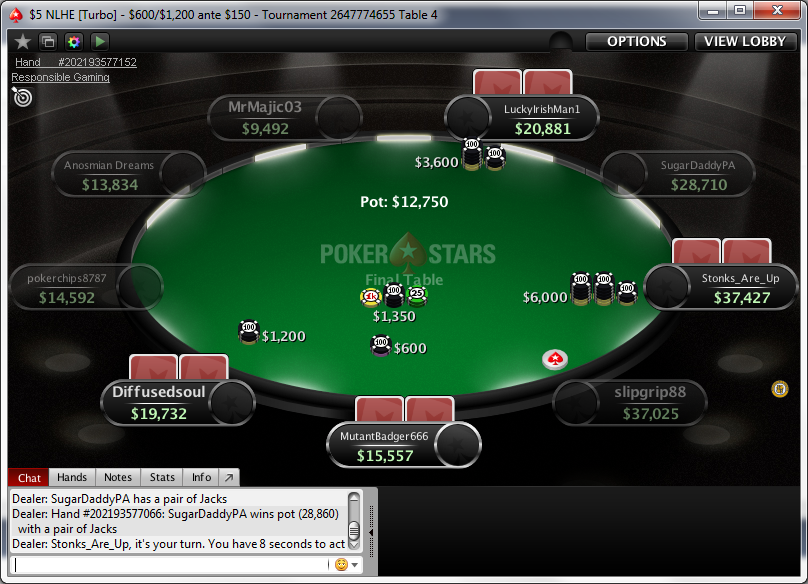 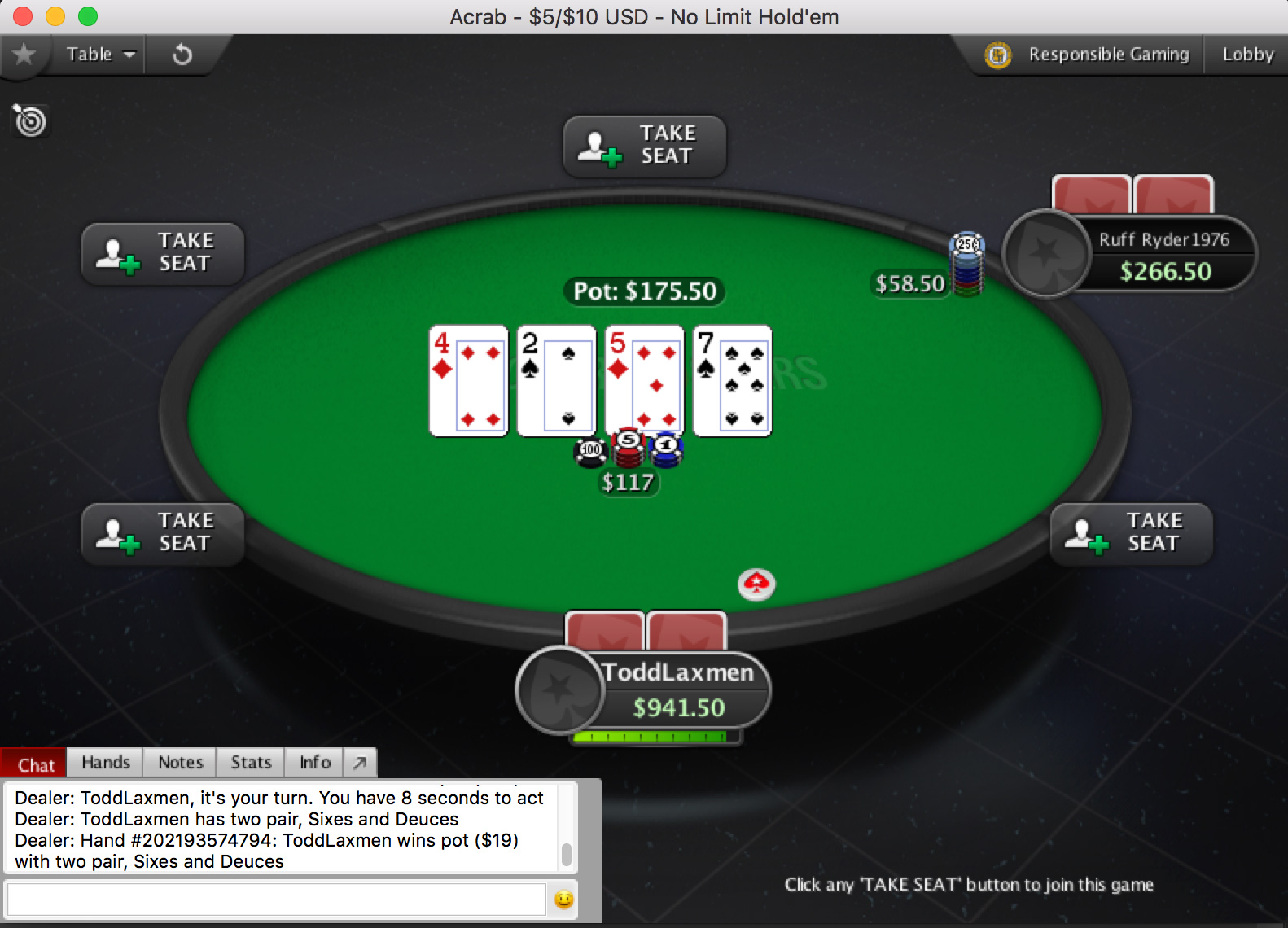 Update 3:54 PM: Almost two hours into Day 1 of the PokerStars PA soft launch, there are 245 players playing for real money, either in cash games or MTTs. 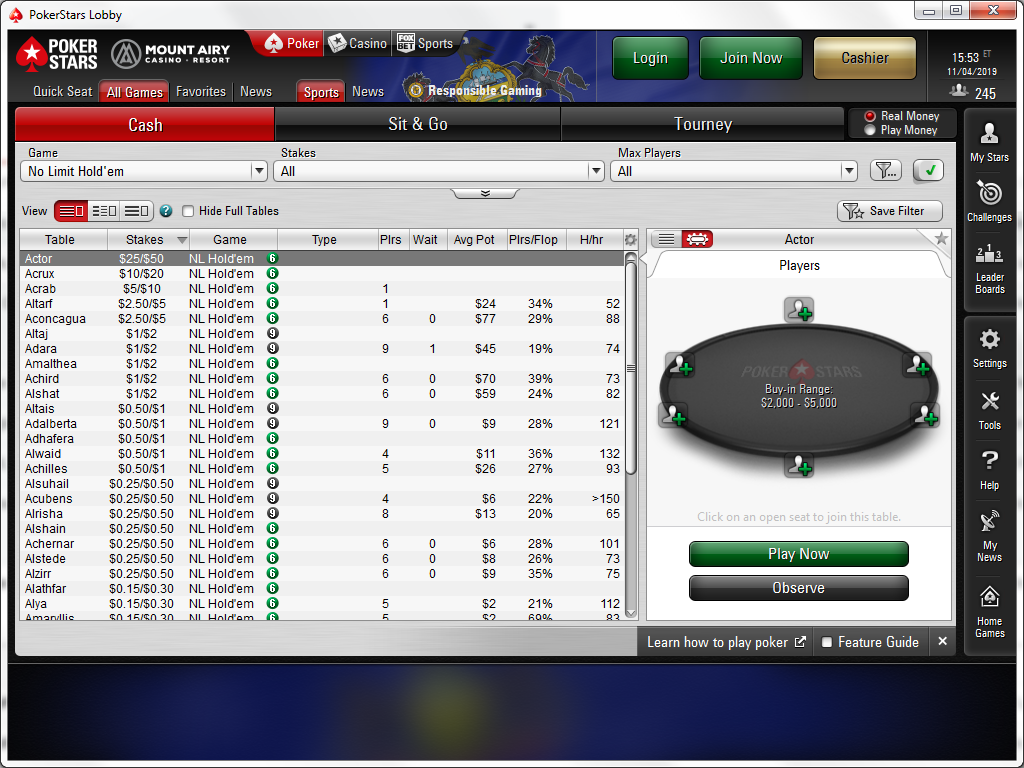 For comparison, when PokerStars NJ launched on March 21, 2016, there were 62 players playing cash games two hours in and no MTTs had started yet. (Note: It was also 8:30 AM).

Update 3:41 PM: Registration is now closed in the first-ever MTT in PokerStars PA history with 140 entries, 52 of which were re-entries.

PokerStars PA ambassador Jennifer Shahade is in the field as is longtime PocketFiver Gilbert ‘YourPokerPastor’ Thurston. 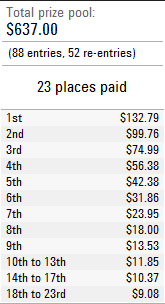 Update 3:00 PM: If you’re unable to access PokerStarsMtAiryCasino.com to download the client, try using a private browser or clearing your cache. Some users have said this worked.

Got it to work…I had to clear my cache and cookies…thanks!

There are 12 tournaments scheduled for Day 1 of the soft launch:

Update 2:25 PM: The first bonus offers are fairly basic and will look familiar to anybody who has played in New Jersey:

There is also some freerolls to help get things kicked off:

The good folks at PokerFuse managed to catch the very first hand:

And the first hand is dealt! pic.twitter.com/5PpGMaY99q

Update 2:12 PM: Don’t worry, Pennsylvania online poker players. None of the sportsbooks in your state managed to launch right on time either. PokerStars PA will be live soon.

Update: 2:00 PM:  More than two years after online gaming regulations were passed in Pennsylvania, the first online poker site now has cards in the air. PokerStars PA went live at 2 PM for Day 1 of a two-day soft launch testing period required by the Pennsylvania Gaming Control Board.

“We’re excited to launch PokerStars as the first and currently the only online poker option available to players in Pennsylvania,” said Matt Primeaux, President, FOX Bet. “Including today’s launch of our highly rated casino product, which is now available in the FOX Bet and PokerStars apps, we’re proud to say we’re currently the only online provider offering all three forms of regulated gaming in the Commonwealth of Pennsylvania.”

PokerStars is partnered with Mount Airy Casino Resort and they’re excited to be working alongside the world’s largest online poker operator on a groundbreaking day for the Keystone State.

“We’re constantly investing in our player experience, and in 2019 that means going beyond brick and mortar improvements to bring customers one of the most exciting gaming options available,” said Todd Greenberg, Chief Operating Officer and General Manager at Mount Airy Casino Resort, FOX Bet’s partner in Pennsylvania. “Through strategic partnerships like our affiliation with PokerStars, Mount Airy is committed to offering the most cutting-edge gaming experience possible.”

Quite possibly one of the most excited with today’s launch is PokerStars Ambassador Jennifer Shadade. The Pennsylvania native is finally able to play legal online poker from the comfort of her own home.

“Finally, PokerStars is available in my hometown and I couldn’t be more thrilled,” said Pennsylvanian and PokerStars Ambassador, Jennifer Shahade. “Players in Pennsylvania have been looking forward to this day, and I can’t wait to be a part of all the action. Hope to see many of you on the tables!”

Update 1:20 PM: PokerStars PA will be available to all online poker players in Pennsylvania from 2 PM until 10 PM EST.