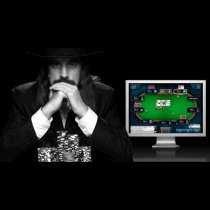 According to ESPN, the PokerStars Blog, and Diamond Flush Poker, the asset acquisition of Full Tilt Poker by its former chief rival, PokerStars, has been completed. According to the latter source, “The agreement, approved by the U.S. Attorney’s Office, allows Full Tilt to voluntarily forfeit all assets to the U.S. Government. Such forfeiture is contingent that the USAO then transfer certain of those assets to PokerStars. In return for the forfeiture, the Government agrees that all civil forfeiture claims and money laundering charges against the Full Tilt companies, as documented in the amended civil complaint, be dismissed with prejudice.”

Diamond Flush revealed that PokerStars will forfeit $547 million to U.S. authorities over a period of three years: “By doing so, all civil forfeiture and money laundering claims, as specified in the amended civil complaint against all named PokerStars companies, shall be dismissed with prejudice. No criminal charges currently facing PokerStars related individuals are in any way resolved as part of the agreement.” PokerStars’ executives Isai Scheinberg and Paul Tate were among 11 individuals targeted on Black Friday in April 2011.

When Full Tilt’s assets have been transferred over to PokerStars, the world’s largest online poker site will supposedly allow non-U.S. players to withdraw their Full Tilt balances, according to Diamond Flush. U.S. players, on the other hand, will need to communicate with the U.S. Government in order to be repaid.

Speaking on U.S. cashouts, Diamond Flush wrote that the process will likely be a bit more complicated than non-U.S. users: “U.S. victims of the offenses allegedly committed by the FTP companies or other members of the FTP group as put forth in the amended civil complaint shall have the opportunity to file a petition for remission with the U.S. Department of Justice, Asset Forfeiture Money Laundering Service.”

PokerStars will not admit any wrongdoing, which seemingly opens the door for the site to reenter the U.S. market when legislation exists. To that end, PokerStars Chairman of the Board Mark Scheinberg commented in a company press release on Tuesday, “We are delighted we have been able to put this matter behind us, and also secured our ability to operate in the United States of America whenever the regulations allow.”

PocketFives has learned that Full Tilt will “re-launch as a second brand to PokerStars” within 90 days. Our same source noted that PokerStars is only assuming liability for balances of non-U.S. players, as U.S. players will need to go through the DOJ in order to be reunited with their funds.

Full Tilt commented in a press release that popped up in a PocketFives thread, “Full Tilt Poker apologizes to all of its customers who endured a long and difficult period wondering whether this day would ever come.” Over the last 15 months since Black Friday, Full Tilt has had its license revoked by the Alderney Gambling Control Commission and been labeled a “global Ponzi scheme” by the DOJ.

Scheinberg, who has not yet turned himself into U.S. authorities, will step down “within 45 days of closing.” Additionally, Scheinberg may not “serve in any managerial or director role at any PokerStars company, including any entity that may own or operate any of the forfeited Full Tilt assets or their present or future affiliates.”

A deal has been rumored for quite some time now, with the original reports surfacing back in April after a deal with Groupe Bernard Tapie fell through. According to Diamond Flush, “neither the Full Tilt Poker companies or PokerStars companies admit to any wrongdoing” as part of the settlement and all restraining warrants and in rem arrest warrants will cease to apply. Whether the DOJ logo will be removed from PokerStars’ and Full Tilt’s websites when viewed from a U.S. IP address remains to be seen.

As expected, Twitter exploded with the news. Poker pro Matt Glantz was among those commenting just after the announcement, posting on Twitter, “Sigh of relief today for everyone with frozen funds on FTP. Finally some good news for poker.” Meanwhile, ESPN’s Andrew FeldmanTweeted additional details of the deal: “The PS companies are prohibited from employing… Bitar, Lederer, Furst, Ferguson, Burtnick.”

We’ll have more for you on this breaking story today on PocketFives. What do you think of the U.S. cashout process? Will you be putting in a claim? Let us know by posting here or in this PocketFives thread.