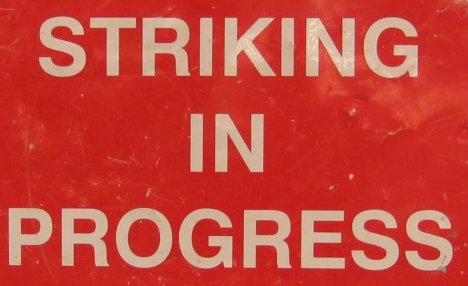 We realize we’re less than a day into the 72-hour strike, but we wanted to take a cursory glance at its effectiveness so far. Did a veritable who’s who of the poker world sitting out have any impact?

At the time of writing, over 35,000 cash game players are seated at PokerStars, according to the traffic watchdog site PokerStars. That’s larger than any 24-hour peak in the last two weeks by 10,000 and traffic has been steadily increasing throughout the day. There are 168,000 total players online.

Rather than strike-breakers, the root cause of the increase in player counts appears to be PokerStars’ Christmas Festival. Each day, a different promotion is taking place. On Tuesday, the first day of December, PokerStars is awarding $100,000 in milestone hands, leading to a dramatic increase at the cash game tables.

“Timing is everything” was a common theme on Twitter. So, rather than focus on real money ring game player counts, let’s instead take a look at traffic at the higher-stakes tables, which we’ll define as $5/$10 or above, the tables PokerStars is largely eliminating VPP benefits for. PokerScout was kind enough to supply us with the following data:

Here were some Tweets we found about the strike from well-known players in recent days, showing a mixed bag of reactions, including Dani ansky451 Stern targeting shareholders of PokerStars’ parent company, Amaya Gaming:

I fully support the strike against @PokerStars but criticizing and shaming those who choose to play during these days is just childish.

I am boycotting @Pokerstars Dec 1-3 To protest the planned rake increases. $AYA https://t.co/r51Y6oEAQx

Attention investors! Nearly 2000 of the most active customers of @pokerstars are so enraged with the company they are going on strike! $AYA.