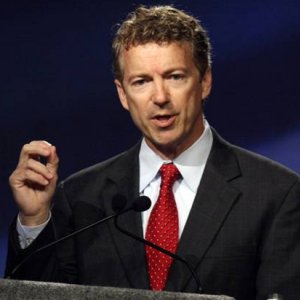 Republican Presidential hopeful Rand Paul (pictured), who announced his candidacy on Tuesday, has come out against Sheldon Adelson’s Restoring America’s Wire Act, or RAWA. The bill would ban internet gambling in the United States, even in the three states where it’s already regulated: New Jersey, Nevada, and Delaware.

Speaking to The Alpha Pages, Paul was asked, “What are your thoughts on recent movements to curb or restrict online poker?” He responded seemingly as well as anyone in our industry could hope for, saying, “I’m opposed to restrictions on online gambling. The government needs to stay out of that business.”

Poker Players Alliance Vice President Rich TheEngineer Muny posted a link to The Alpha Pages article on Facebook and received generally positive feedback. “Another reason I am probably voting for Rand! Great to hear he is pro-online poker,” said one respondent. Another person relayed, “As someone who really wants poker back, this might take my vote.”

Rand Paul is the son of longtime online poker supporter Ron Paul, so perhaps his disdain for restrictions on online gambling comes as no surprise. Paul is currently a Senator from Kentucky and generally leans libertarian.

Adelson, Congressman Jason Chaffetz, and Senator Lindsey Graham have been leading the charge for RAWA on Capitol Hill and recently held a sham of a hearingabout regulation and technology featuring exactly one witness versed in either field. Adelson, whose casinos include the Venetian and Palazzo in Las Vegas, has pledged to spend “whatever it takes” to push RAWA through Congress.

SHRB Online: Linus Loeliger Wraps Up Prelims With Title #2 For...