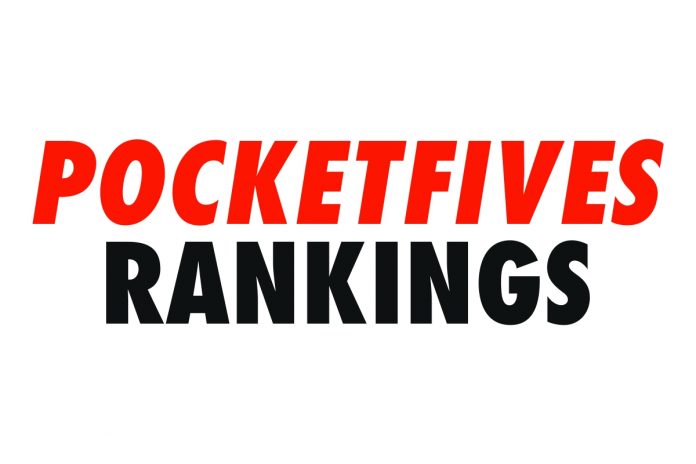 If you follow the PocketFives.com Worldwide Rankings at all in 2018 then you know the story. This week it’s more of the same as the Swedish crusher ‘C Darwin2’ continues his reign as the only player to occupy the #1 spot in all of 2018.

‘C Darwin2’ locked himself up three qualifying cashes and a pair of five-figure scores this week. But when he took first place in the PokerStars Daily 500 for $16,064 he did something less than 20 players in the history of online poker have done before. He surpassed $9 million in lifetime earnings. What is even more amazing is the speed with which he did it. He sprinted through his last million in earnings having achieved $8 million in earnings less than two months ago. He’s one of two Swedish players to eclipse that mark this week and he’s only the 18th player to ever do so.

For the second week in a row Russia’s ‘hellohellohello’ holds down the #2 spot in the rankings. He does this despite putting in very low volume and not bringing in any new PLB points. Nevertheless, thanks to his massive scores the week before, his PLB score edged slightly closer to the 10,000 PLB mark.

Sweden’s ‘lena900’ and Andres ‘probirs’ Nemeth swapped places in the rankings again this week. ‘lena900’, locking up the #3 rank, put together another stellar week at the tables and boosted his PLB scores with a trio of victories. This included a victory in the PokerStars $55 Sunday Marathon for $18,178 where he ended up besting PokerStars Team Online Pro Lex Veldhuis to take it down. His impressive week brought him four five-figure scores and places him just over 200 points away from re-taking the #2 spot in the rankings.

Nemeth, on the other hand, continues his break from the online grind, resulting in his slipping to the #4 rank.

The middle of the top 10 rankings remains the same this week as ‘European’ (#5), Steven ‘SvZff’ van Zadelhoff (#6) and Ramiro ‘Ramiro’ Petrone (#7) all hold their ground.

Petrone managed the largest score of the three grinders this week when he took down the partypoker $200K Super Sunday Main Event to add over $28,000 to his bankroll.

Sweden’s ‘Ariados’ jumps into the top 10 this week, coming in at #8. Earlier we had mentioned ‘C Darwin2’s $9 million achievement, well, his fellow countryman ‘Ariados’ pulled off the same feat in the same week. ‘Ariados’, just two days before the #1-ranked player,  finished as the runner-up in the PokerStars $2,100 Sunday High Roller to earn over $33,000 and put him up over the $9 million mark, becoming the 17th player in history to do so. Then to pad his earnings, he ended up winning the PokerStars €250 Sunday High Roller for an extra $14,880 on the same day.

Roman ‘Romeopro’ Romanovsky yielded one place, slipping to #9 this week and the UK’s Conor ‘1_conor_b_1’ Beresford wraps up the top 10 this week.