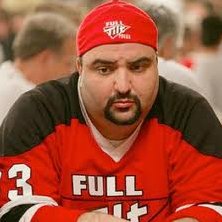 In another twist to the ongoing Full Tilt Poker saga, a Federal judge has temporarily delayed the civil suit against former Full Tilt Poker Chief Executive Officer Ray Bitar (pictured). According to a report from eGaming Review, Federal Judge Leonard Sand has temporarily halted the proceedings in the civil case against Bitar due to the Federal Government’s continued pursuit of a criminal case against him.

This is not uncommon in the legal world. Normally, a criminal complaint is completed first – with its “beyond a reasonable doubt” standard of proof of guilt – before a civil case can be litigated.

It has been a tough couple of weeks for the former Full Tilt CEO, once looked at as one of the “power players” in the poker industry and especially in the online poker world. Earlier this month, Bitar voluntarily returned to the United Statesfrom his exile in Ireland and was immediately arrested by Federal Bureau of Investigation agents upon his arrival at John F. Kennedy Airport in New York. A superseding indictment was unsealed against him.

After spending a few days in jail, bond was set at $2.5 million, with $1 million of that secured. Bitar was able to pull together the required funds to guarantee his release.

Bitar had several conditions once his release on bond was confirmed. He had to give up any travel documents, including his passport, to guarantee that he wouldn’t flee the country. Bitar also had severe restrictions placed on his ability to travel: electronic monitoring and rules stipulating that he could only be in two areas: New York for any legal proceedings and his home in California.

As of earlier this month, these are the criminal charges that Bitar is facing and the potential punishments for those offenses:

1. Conspiracy to Violate the UIGEA – Five years in prison; $250,000 fine or twice the gain or loss from offense; three years of supervised release.

2. Violation of the UIGEA– Five years in prison; $250,000 fine or twice the gain or loss from offense; three years of supervised release.

3. Operation of an Illegal Gambling Business– Five years in prison; $250,000 fine or twice the gain or loss from offense; three years of supervised release; forfeiture of proceeds of offense.

4. Conspiracy to Defraud Banks – 30 years in prison; $1,000,000 fine or twice the gain or loss from offense; five years of supervised release; forfeiture of proceeds of offense.

5. Three counts of Wire Fraud – 20 years in prison; $250,000 fine or twice the gain or loss from offense; three years of supervised release.

7. Money Laundering Conspiracy, Use of Funds– 20 years in prison; $250,000 fine or twice the amount laundered or twice the gain or loss; three years of supervised release; forfeiture of proceeds of offense.

If the charges are litigated and Bitar is found guilty, the punishment could be severe. If Bitar is to serve his sentence consecutively, it would mean he could be in prison for 145 years and face, at minimum, over $3 million in fines. If Bitar is found guilty and the sentence is to be served concurrently, then the jail term would be 30 years and there would be at least $1 million in fines. 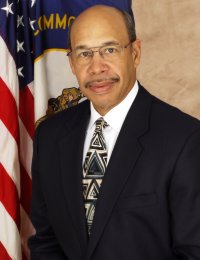 In other news, eGaming Review also reports that the Federal Government has filed a motion to dismiss the claims by the Commonwealth of Kentucky against Full Tilt Poker, which were originally filed by Kentucky Justice and Public Safety Cabinet Secretary J. Michael Brown (pictured). Those claims stem from the 2008 lawsuit filed by the state to seize the URLs of not only Full Tilt Poker, but also those of PokerStars, Ultimate Bet, and Absolute Poker, all of whom were charged under the Black Friday indictments.

The Department of Justice is claiming “lack of standing” for the Kentucky case and has asked the judge to dismiss the claims outright.

Finally, a court has not ruled yet on last week’s motions by PokerStars and the other defendants from Full Tilt Poker – Howard Lederer, Chris Ferguson, and Rafe Furst – to dismiss the civil complaints against them. A decision on that could come at any time and PocketFives will keep you updated on any future action in that and the other cases from the Black Friday indictments.