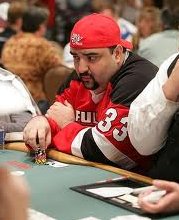 When Ray Bitar (pictured) speaks, the poker world listens. On Monday, according to Forbes, eGamingReview, and Two Plus Two, the embattled Full Tilt Poker executive, who faces various charges stemming from Black Friday, has surrendered to U.S. authorities in New York.

Forbes reported, “Bitar, who is from Southern California, remained in Ireland, where Full Tilt Poker was headquartered, ever since he was indicted in the Federal crackdown on the U.S. online poker industry last year.” The major news outlet also confirmed that Bitar had voluntarily turned himself over to U.S. authorities and could also face Ponzi scheme charges.

In an e-mail sent to Full Tilt Poker staff in Dublinthat popped up on Two Plus Two earlier on Monday, Bitar explained, “By now, you probably have heard that I have returned to the U.S. to deal with civil and criminal cases that are pending against me in New York.” The original poster of the e-mail also broke the news about PokerStars potentially buying Full Tilt back in April.

eGamingReview said it had “learned” of Bitar’s surrender and confirmed the news with the FBI.

Bitar was one of 11 individuals indicted on Black Friday in April 2011. The laundry list of charges against him included conspiracy to violate the Unlawful Internet Gambling Enforcement Act (UIGEA), violating the UIGEA, operating an illegal gambling business, conspiracy to commit bank fraud and wire fraud, and money laundering conspiracy.

Last September, the Government alleged that Full Tilt Poker owed $390 million to players around the world as of March 2011, but only had $59 million on-hand with which to do so. Meanwhile, it had paid its pros and executives nearly a half-billion dollars in the site’s final four years in existence. The Government assessed that this was tantamount to operating a “global Ponzi scheme.”

For the first time, Bitar acknowledged in the e-mail that Full Tilt was in discussions to sell its assets to its former chief rival, PokerStars. Word of the acquisition originally surfaced in April, although neither side has confirmed the news. 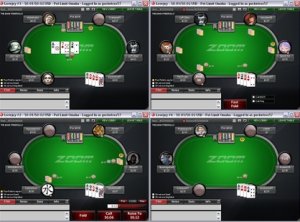 Bitar said of PokerStars, “We have all worked hard over the last 15 months to preserve Full Tilt’s assets and potential in order to provide for the repayment of all players, and that continues to be our top priority. It is as important as ever that we all do everything possible to make that happen and hopefully our deal with PokerStars will very soon make our goal a reality. My return to the U.S. is part of this process.”

Bitar went on to say that Full Tilt has “made arrangements for PokerStars to guarantee all July salaries” for Full Tilt employees. When a deal between Full Tilt and PokerStars would close, if at all, is not known.

As expected, posters on Two Plus Two and PocketFives were buzzing about the news. On the reason for Bitar turning himself in, one member of Two Plus Two, “28renton,” questioned, “How on earth could someone convince Ray Bitar, a rich guy who is safe from extradition (I believe), to turn himself in? He could have lived out the rest of his life in (relative) freedom with loads of money, yeah? Could it be true he does actually want to see players paid back? Could it be true he does actually have a conscience?“ 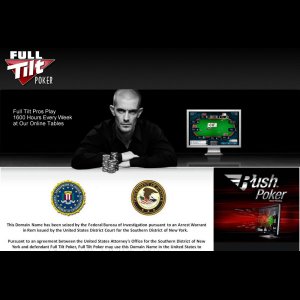 In a PocketFives thread about the news, longtime community member MarkFSU1 posted, “The Stars lawyers and DOJ asked for only a one-week extension on the July 2nd due date. So, the lawyers on the other site in the containment thread seem to think that we are very close to this being done. Also, pretty sick that Bitar turns himself in, wow.”

Another member of Two Plus Two, “m00sy,” speculated, “If this is true, then he probably has finally done the right thing, assuming it really is an enabler to the PokerStars buyout.”

PokerStars’ lone comment on the Full Tilt deal came in late April, when the site’s Head of Corporate Communications, Eric Hollreiser, claimed he was “unable to comment on rumors.”

Hollreiser wrote on the PokerStars Blogat the time, “We’ve had a lot of inquiries and there’s lots of speculation on the forums, so I wanted to address the PokerStars chatter. As you know, PokerStars is in settlement discussions with the U.S. Department of Justice. As such settlement discussions are always confidential, we are unable to comment on rumors. As soon as we have information to share publicly, we will do so.”

PocketFives has reached out to numerous PokerStars officials since April, but none have been able to comment on a reported Full Tilt buyout.