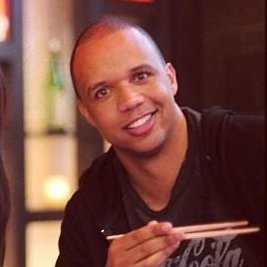 With millions of dollars of baccarat winnings on the line, 10-time WSOP bracelet winner Phil Ivey (pictured) granted a rare interview to “60 Minutes Sports” this week, during which he defended his reputation while giving viewers a unique glimpse into his past.

Ivey is currently embroiled in a legal battle with Borgata in Atlantic City and Crockfords Casino in London, where he and companion Cheng Yin Sun won just over $20 million using a technique known as edge-sorting in 2012. The 38-year-old is suing Crockfords, who withheld his $12.1 million in winnings, and is himself being sued by Borgata, who cashed out his $9.6 million score, but is now fighting to get it back.

Before turning to the subject of his current legal troubles, the “60 Minutes” segment touched on the poker champ’s long history in the gambling industry. Growing up as part of a large, close-knit family in Roselle, New Jersey, Ivey was introduced to poker at the age of eight after accidentally stumbling into one of his grandfather’s back room card games.

He soon became hooked on poker and, later, while only a teenager, would take a bus to Atlantic City on the weekends and play 16 to 17 hours a day using a fake ID. “I realized I was good at poker when I was around 16, but I figured I could be really good when I turned 21,” he said.

What Ivey has since achieved in the world of poker is clear; what’s less known are his high-stakes gambling exploits away from the poker table. That’s where Borgata and Crockfords allege they were cheated and claim that the 38-year-old used illegal methods to gain an advantage and win millions playing baccarat.

Ivey made no attempt to hide the fact that he and his partner used edge-sorting during their sessions at the two casinos. “They spend millions of dollars on game protection,” he said. “The casino is my opponent and it’s my job to exploit weaknesses in the houseand give myself the best opportunity to win.” 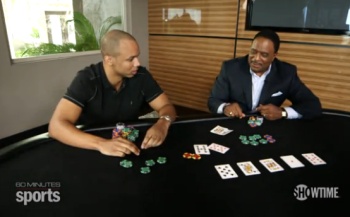 Game security expert Jim Hartley was surprised that management allowed the poker pro to play baccarat at all. “I wouldn’t let Phil Ivey play slots at a place I was working at,” he said. “I know Phil is a ‘sharp.’ He’s very, very smart and he’s the kind of guy you just don’t want in your joint, period.”

As part of the scheme, Ivey requested a specific card shuffler, which he said would keep the cards in a certain order, and a Chinese dealer who spoke Mandarin who could communicate with Sun. His companion was more than an onlooker; Sun is a well-known card shark and has been banned in many casinos throughout the world. “She was part of my strategy in giving me the ability to execute this advantage play of mine,” Ivey admitted.

He also revealed that using the edge-sorting technique would have given him around a 5% or 6% advantage.

The casinos claim that Ivey was not forthright in his reasons for making the strange requests and “broke the unspoken contract between player and casino” by claiming that they were made out of superstition. Ivey disagreed and asked, “If I make a request and the house grants it, then how can that be cheating?“

“My reputation is everything in gambling,” he told 60 Minutes. “To risk my reputation over winning some money, I wouldn’t do that.”

In breaking news on Wednesday, Ivey has lost his case against Crockfords.