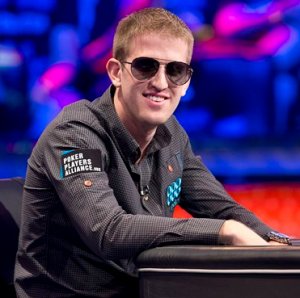 When the cards started flying on Day 7 in the 2012 World Series of Poker Main Event for the 27 players left to determine the October Nine, many might have overlooked the fourth place player in chips. Wallingford, Pennsylvania’s Russell Thomas might be a “normal” name indicative of a nondescript player, but he has proven that he has some chops in the game. He entered the 2012 WSOP October Nine in fourth place with a stack of 24.8 million and finished in fourth place for $2.8 million.

At the World Series of Poker in 2010, the Pennsylvania pokercommunity member made a final table in a $1,500 Six-Handed No Limit Hold’em event, playing excellent poker before succumbing in fifth place in a tournament eventually won by longtime PocketFives member Carter Bdybldngpkrplyr Phillips. For his first ever venture to the WSOP, Thomas picked up $84,256 in cash, which up until 2012 was his largest payday.

In 2011, Thomas drove deep in the WSOP Main Event. He was able to work his way to a 248th place finish in the tournament, boosting his career earnings over the $126,000 mark. Add in the $2.8 million from the 2012 Main Event and Thomas has had a productive showing in WSOP tournaments.

Thomas was looking to do much better than that, however. Being in fourth place entering Day 7, he could afford to ride for a bit and wait for the perfect moment to strike. Although he was at one of the ESPN feature tables throughout much of the tournament on Day 6, there is little information on how he built his 9.985 million stack entering the October Nine play down day, but it is apparent that he knows what to do on the felt.

He was in second place at his table on the play down day, behind only Daniel Strelitz and also had the additional benefit of having Strelitz on his right for the start of Day 7.