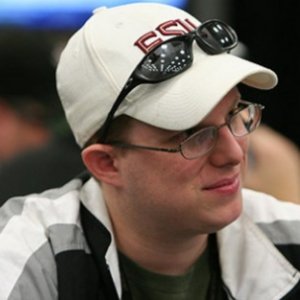 Although he’s nursing the short stack, Matt SamENoleSmith (pictured) is three-handed for a World Series of Poker bracelet in a $1,500 No Limit 2-7 Draw Lowball event. Crazily, Christian Pham, the wire-to-wire chip leader, entered the event by mistake and is now poised for his first WSOP bracelet.

Pham meant to enter a $1,500 No Limit Hold’em event, but instead found himself playing No Limit 2-7 Draw Lowball. Apparently he wasn’t an amateur at it either, as he has led pretty much the whole way and stands with a stack of 695,000 entering Thursday’s finale. Pham was the chip leader after Day 1 and after Day 2. 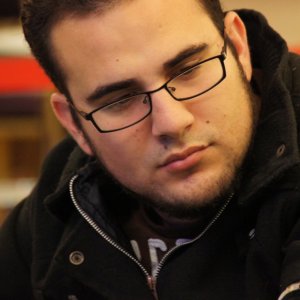 Behind Pham on the leaderboard are two PocketFivers: Daniel DazzleO Ospina (pictured) and Smith. We’ll start with Ospina, who calls Columbia home and has three-quarters of a million dollars in career online tournament winnings. He is the 61st ranked player in Columbia on PocketFives and is making his second career WSOP final table.

Smith, who is heavily into daily fantasy sportson sites like FanDueland DraftKings, is well behind with a stack of 271,000. He finished fourth in a $1,500 Razz event already this year and is in search of his first bracelet. He calls Florida home and signed up for PocketFives in our third month of existence in 2005.

There were 219 entrants in this event. Here are the cash prizes we’re playing for:

The tournament will resume at 2:00pm Pacific Time on Thursday from the Rio in Las Vegas. Stay tuned to PocketFives for the latest WSOP coverage, brought to you by Tournament Poker Edge.