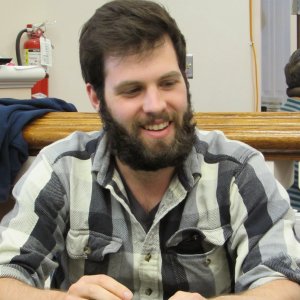 In just 10 sessions from September 1 to 6, Ben Sulsky (pictured), known in the online poker world as Sauce123, is up a commanding $669,000 at the high-stakes online poker tables according to HighStakesDB. He leads fellow pro Viktor Isildur1Blom by about $150,000 in profit for the month despite Blom’s recent heater and is the most profitable player HighStakesDB has tracked this month.

Sulsky’s 10 sessions in September total 4,919 hands, meaning he is averaging $66,000 profit per session this month and $136 profit per hand. His heater has come on PokerStars.

According to HighStakesDB, “He has netted a staggering profit in a short period of time, crossing the $1,000,000 mark just a year after he began playing online.” He is up almost $5 million on PokerStars alone after HighStakesDB began tracking him four years ago.

A total of four players have profited over $100,000 since September began, according to the tracking site:

In case you’re wondering how Sulsky managed to become such a prolific player in the first place, HighStakesDB explained, “Sauce’s poker journey began as a college student on a spring break trip to Mexico. With a lot of time to kill, he immersed himself in poker books and strategy forums and developed a rudimentary strategy that he took to the online felt upon his return. He experienced a fair amount of success early on and climbed the stakes using strict bankroll requirements.”

Sulsky has also hit it big in the live tournament world. According to the Hendon Mob, he has $1.7 million in career live winnings and is #11 on the all-time money list for Massachusetts. He finished fourth in this year’s High Roller for One Drop event at the World Series of Poker for $1.1 million. He also final tabled the Poker Player’s Championship for another $353,000.