The cash accounts for nearly all of his winnings in his PocketFives profile, so not surprisingly, he plans to refresh his bankroll and invest in non-poker activities with his newfound riches.

He wanted to chop four-handed, but fellow PocketFiver bazeman wasn’t up for it. A couple of hands after the initial discussions, bazeman bit the dust, so chop negotiations resumed three-handed.

“At the time, I was chip leader and so got the most of it,” KingKong0815 explained, “which still seems so unreal. Winning or chopping the Sunday Million is probably almost every online poker player’s dream. I just got very, very fortunate to be in that spot.” That week’s winner, PhiRi1, earned $177,000. 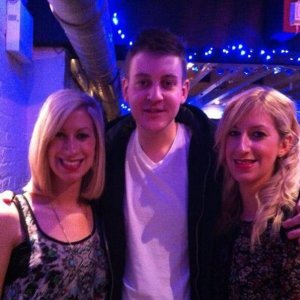 As we said, bazeman finished fourth in the Sunday Million that week, while PocketFiver LFmagic (pictured) took fifth. We asked KingKong0815 for a scouting report on both: “They are very well established pros and tough customers. They play a lot better than I do, but I had my lucky shot. LFmagic had a roller-coaster final table, his chip stack going up and down. Luckily, both of them were sitting on my right, so I had position, but they were still giving me a hard time. So, I was glad when both were gone.”

He got started in poker through home games with friends and was “hooked immediately. I have a pretty hard passion for the game. I love poker.” He chose the screen name KingKong0815 on PokerStars, which he said he “just made up” and “thought it was funny at the time.” You can find him on Full Tiltunder the screen name KIMBO_MAN.

The German player is currently working at his father’s financial services firm and admitted it’s tempting to quit to try to become a poker pro, but “I’m not ready for this step yet.” We suppose chopping the Sunday Million for 770 times his buy-in will have to do for now. 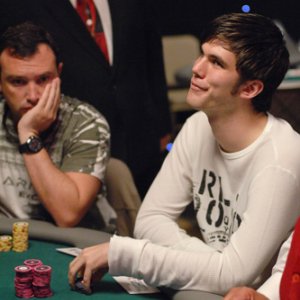 “My poker friends and some close friends know about this score,” he said. “But, I didn’t tell my family yet. I might in the next couple of weeks. My wife is probably as happy as I am. My friends are very stoked and happy for me. They were kind of in disbelief and a good friend of mine, Peter Enis, railed me during the final table.”

He closed with an Oscar-like thank you speech, giving props to those in his life who have impacted his game: “I’m very thankful for my wife’s support. She gives me all the time to grind while she is doing the household stuff. I also want to thank Alex AssassinatoFitzgerald (pictured) for his high-end coaching. Without him, my game wouldn’t be where it is right now. Thanks to all of my other friends like Jonas Schrofheide and Marcus Hansen who support me and keep me motivated.”