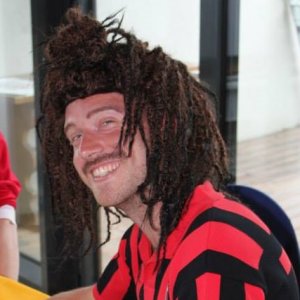 The recent PokerStars Spring Championship of Online Pokerawarded $81 million to players. One of the big winners was Denmark’s Rasmus Agerskov (pictured), who is known as RasAon PocketFives. Agerskov took home $257,000 of that amount, or 0.3%, after chopping Event #22-H of SCOOP, a $2,100 No Limit Hold’em tournament.

“It’s a great feeling to go really deep in one of the biggest events,” Agerskov told PocketFives in an exclusive interview. “I’ve had quiet a few semi-deep Day 2 runs in SCOOP and WCOOP events, so finally booking a win in one of the big ones is awesome.”

Event #22-H had nearly $2 million up for grabs by itself, but despite the money on the line, Agerskov admitted that he wasn’t automatically gravitating toward chopping. “I was not sure if I wanted to deal. I think I gave up a little bit of value since I was in a very good spot, as I was the chip leader and had direct position on the guy who was second in chips. But, you’re not in this situation very often and you are never going to realize your EV here anyway, so I think chopping here is never really bad.”

He ultimately finished third and his $257,000 was the largest amount given away in the chop. His plans for the money included buying into the SCOOP Main Event and then “traveling quite a bit around Europe this summer, so I guess I’ll get lots of chances to spend some of the money during that. Besides that, it’s always nice to boost your bankroll with a nice chunk of change.”

Agerskov, who calls Denmark home, has one other six-figure online score, which came in the Sunday Warm-Up in 2012 for $112,000. “It was my biggest ever online cash until now, so it was huge,” he said of the score two years ago. “But, it didn’t really change anything career-wise. I was already playing a lot of tournaments and, back then, I also played a lot of heads-up sit and gos, even the highest ones from time to time. I remember I lost $25,000 earlier that day in heads-up sit and gos, so the win came at a very nice time.” 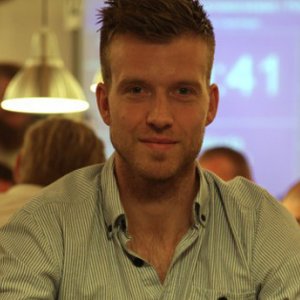 Agerskov (pictured with his regular hair) had been into sports betting until a friend introduced him to poker. The proverbial light switch didn’t come on until he found heads-up sit and gos, which he said were appealing because “you have to act all the time, which made it more fun.” He continued, “It was in these games that I started my poker bankroll and network of friends. My first poker buddy, sifosis, I met in these games. We started talking poker and I think this is when I started winning and playing on a more serious basis.”

Nowadays, he has transitioned away from heads-up sit and gos and toward – you guess it – MTTs. “I think MTTs are more appealing with the change of structure throughout a tournament and the fun in finding yourself in the middle of a big endgame,” he said. He has $1.7 million in online MTT winnings and is the #8 ranked player in Denmark.

Finally, we always like to ask our interviewees what they do away from poker. After all, there’s more to life than the game, right? Agerskov has been playing football since he was a little tyke – four years old, to be exact – and plays squash and tennis as well. He also enjoys traveling, hanging out with friends, eating, and having a good time.

SCOOP and other big-time tournament series take place on PokerStars. If you don’t already have a PokerStars account, sign up through the links on PocketFives and deposit to get a 100% up to $600 bonus along with one free month of PocketFives Trainingwith no sign-up fee. Register your PokerStars account here.