In 2013, the Millionaire Maker debuted at the World Series of Poker (WSOP), the goal of which was to give those who couldn’t shell out five-figure buy-ins the chance to play in a massive live tournament for a whopper of a potential prize.

A total of 6,343 entrants bought in to that first Millionaire Maker, creating the largest single-day starting field in WSOP history. Benny Chen took the title and nearly $1.2 million. The following year, even more people showed up – 7,977 – and Jonathan Dimming won the top prize of over $1.3 million.

This year, the numbers are down, but at 7,275 registrants, it is still a larger Millionaire Maker than the original. What has become interesting about this one is that while the tournament was originally designed to give relative low-rollers a shot at the big money, the remaining field of 17 people going into Day 3 of the event features a number of well-known, successful players.

Many such players tend to focus on the higher buy-in events, but the possible payday for a cheap buy-in in a field filled with what one would assume are lesser-skilled players can be too tempting to pass up. Let’s take a look at a few of the notable players who have waded through the 7,275 player field to the edge of the final table. Seventeen players remain. 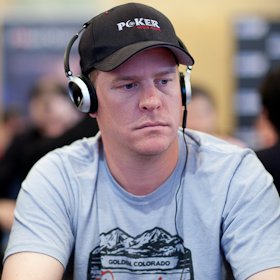 Lindgren (pictured) was one of the stars of the poker boom, one of the Full Tilt pack whose face was all over poker television. Black Friday was the catalyst of a downward spiral for Lindgren, though, as the lack of income from the Full Tilt combined with a sports betting addiction put him in a massive, multi-million dollar financial hole.

Reports surfaced in 2012 from many fellow poker players that he had not made good on betting debts and, earlier this year, Rational FT Enterprises sued him for $2.5 million for disputed money transfers from Full Tilt. Lindgren has $10 million in lifetime earnings, but aside from two $600,000+ cashes in 2013 (including a WSOP bracelet), he has been relatively silent at the tables for the last few years.

A very successful tournament player, Busquet has over $6.1 million in live earnings and is currently ranked 30th in the Global Poker Index. His most recent significant score came last August when he won the European Poker Tour Barcelona Super High Roller for €896,434. Busquet is probably best known by poker fans as a commentator for ESPN’s WSOP broadcasts. 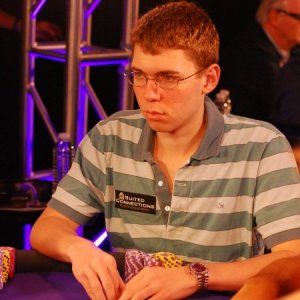 Not much needs to be said about Sexton (pictured at top), the “Ambassador of Poker” and 2009 Poker Hall of Fame inductee. He is one of the most popular faces in poker history. Though many have had more success than Sexton – he only has one WSOP bracelet – he is one of the most important figures in the game, helping popularize poker during the boom as a PartyPoker spokesperson and commentator for WPT broadcasts.

Lichtenberger (pictured) first made his name online under nickname luckychewy, amassing $2.4 million in tournament earnings and making it into the top 100 of the PocketFives Rankings. As recently as May, he nabbed a six-figure score, finished second in a SCOOP event for $135,300.

He has made the transition into a very successful live tournament player, earning more than $6.2 million in live events, according to TheHendonMob.com. He currently ranks 71st on GPI. His best live cash came last December, when he won the $100,000 Alpha8 at the WPT Five Diamond World Poker Classic, a $1.77 million score. Lichtenberger is seeking his first WSOP bracelet.

Congrats to Hellmuth on his 14th bracelet! Stay tuned to PocketFives for the latest WSOP coverage, brought to you by Tournament Poker Edge.