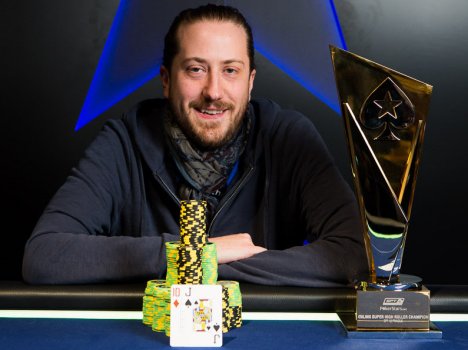 According to PokerStars, which runs the EPT, O’Dwyer has won almost $5 million in the last 12 months alone. In Prague, he dealt heads-up with fellow PocketFiver Sam Pudge714 Greenwood, who took home $703,000. As PokerStars relayed, “The pair cut a heads-up deal during the dinner break, leaving most of the money locked up and playing for just €22,000, the trophy, the title, and Global Poker Index points.”

Last month, O’Dwyer took fourth in the APPT Macau Super High Roller for $343,000. In October, he won an eight-max event in Malta for $360,000. In August, O’Dwyer final tabled the EPT Barcelona Super High Roller and put back $249,000. Therefore, he has logged six-figure scores in four of the last five months.

O’Dwyer has been a member of PocketFives since 2005, our very first year, and has $2.3 million in online winnings that we’ve tracked. His largest in the money finish online came after taking down the Full Tilt $1K Monday in 2009 for almost $100,000.