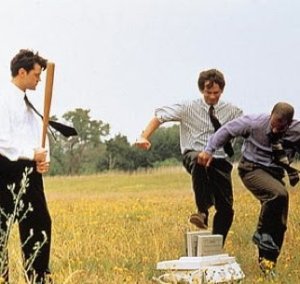 One of the most important things a poker player can have at the tables is the ability to maintain a “level head” and use that tool to make the correct decision on the felt. Now, there is a study from Finlandthat has directly linked more experienced poker players with a more emotionally stable base.

Masters student Michael Laakasuo and PhDs Jussi Palomäki and Mikko Salmela, who have previously done studies that looked at such diverse poker subjects as decision-making and the effects of “tilt” on players, conducted a study that examined the proficiency of “emotion regulation” in players recruited from online poker forums.

Using a HEXACO model of personality structure, which measures six levels of a person’s personality, the scientists discovered there was “a predisposition for emotional stability – that is, lower scores on emotionality – is linked to high levels of poker experience.”

“We employed an online survey in English, whose first page was opened by 1,178 participants,” the research stated. “478 participants (36 of them were female and 255 had some level of college education) successfully completed the entire survey. These demographics, including the low number of females who are underrepresented among poker players, are in line with previous studies sampling poker playing populations.”

The results “suggest that higher emotional stability predisposes poker players to continue playing poker, whereby they are likely to accumulate poker experience and skill,” the writers suggested. “This indicates that experienced poker players may have an innate disposition to tolerate mental and emotional pressure and keep calm while making decisions involving large sums of money.”

In looking at the other side of the equation, researchers found that those with less experience in the game weren’t as able to handle what poker players call “the swings” as well as those with an extensive background in the game. “Players with lower levels of emotionality were also more likely to report fewer numbers of poker hands played and were less likely to consider themselves professional players,” the study stated. 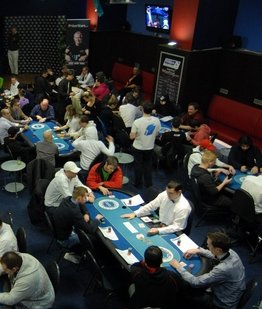 The study from the Finnish academics also touched on another subject that many in the poker community have wondered about. The study suggests that those who prefer live poker are more extroverted than their online compatriots. “The correlation between preference for live poker, extroversion, and openness to experience is also sensible,” the authors wrote. “Extroverts seek excitement, activity, and novel experiences and these are probably more often found in live poker rather than online poker.”

The writers recognized there may be some problems with their study. For example, in some of their conclusions regarding online poker, they acknowledged that other forces may have a hand rather than preferring the online game over the live one.

“The negative correlation between level of poker experience and preference for live poker may be linked to the overall availability of live poker rooms,” the authors suggested. “It could be that, for many experienced players, live play becomes available so seldom that, if they want to play often and regularly, they must do so online.”

The trio of authors concluded their essay by stating, “Our results seem to indicate that emotional stability is an important predictive and enabling factor for acquiring experience in poker. Furthermore, players who prefer to play poker live rather than online seem more likely to be extroverted and open to experiences.”