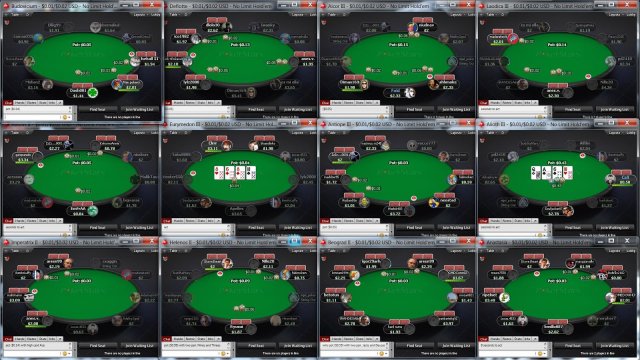 The scores have been calculated. We’ve made a list. We’ve checked it twice. ‘lena900‘ won the PocketFives Monthly Leaderboard, or MPLB, in January with a total of 2,981.55 PLB Points. He led the second place total belonging to Bryan ‘bparis’ Paris by 200.

That was just the first three weeks of the month.

This was the first MPLB title ‘lena900’ has won and the fourth claimed by his home nation of Sweden. He won his first PocketFives Triple Crown in January to boot and is up to $3.8 million in career online tournament winnings.

‘lena900’ is the #7 ranked player in the world. How much higher can he go in the rankings? And can he keep up his smoking hot pace? Stay tuned to find out.

Bryan ‘bparis’ Parisfinished in second place in the January MPLB with 2,771.09 points. Paris nearly missed out on his second MPLB title, having first won the award five years ago in January 2011. Paris won the PokerStars $215 Rebuy in January for $15,000, his largest cash of the month, and, like ‘lena900’, he crushed the stanza’s final day, cashing in 17 tournaments. Paris had two cashes during EPT Prague to close out 2015.

“It was definitely one of my best months ever despite the biggest individual score being around $12,000,” Paris said. “I’d say it was a combination of three factors: spreading out onto more sites, a lot of good regs taking the start of the year off due to PCA and Aussie Millions, and re-dedicating myself to studying a lot more towards the end of 2015. My goal is to keep up a similar pace for the rest of 2016 and make a run at getting in the top 10 again.”

Another Swede, ‘inhoo‘, appeared in third in the January MPLB standings with 2,762.82 points. He is just a couple thousand dollars shy of hitting $6 million for his career and won a TCOOP $700 NLHE Eight-Max Progressive Knockout for $46,000 last month and a commanding 514 PLB Points.

Also in January, ‘inhoo’ final tabled the PokerStars Sunday Warm-Up for $17,000 and took second in the site’s Bigger $22 for $15,000. On the 25th of the month, the Swede finished fourth in the PartyPoker High Roller. He has never earned an MPLB title, but is the holder of five Triple Crowns and is the #9 ranked player in Sweden. Four of the top five finishers in the January MPLB were from Sweden, as the country continues to dominate the worldwide rankings on PocketFives.


Fourth place belonged to Sweden’s ‘C Darwin2‘, who ascended to #1 this week worldwide in the PocketFives Rankings. ‘C Darwin2’ recorded his third largest cash ever during January, an $89,000 score for getting second in the PokerStars Super Tuesday on the final week of the month. He also final tabled a TCOOP Wrap-Up event for $62,000, his fifth largest score ever. All told, he had 2,649.39 points in January.

Finally, Sweden’s ‘Ariados‘ landed in fifth place in the January MPLB with 2,627.32 points. He is ranked #8 worldwide on PocketFives and had 39 cashes in the first 15 days of January and finished the month with 81. His largest cash came on the last day of the month, a final table in the Sunday Second Chance for $22,000. He won his second Triple Crown of his career last month as well.

Here were the top 10 finishers in the January Monthly PLB: