PocketFives: Thanks for joining us. Tell us how you’re feeling about your chop in the PartyPoker $200,000 Guaranteed looking back on it.

‘papyyrus91’: Since my biggest win before that was around $6,000 (I have had quite a few of those before), I felt that I had pretty huge chip lead and would get $31,000 with the deal. That was more than finishing second, which was $27,000. So, the deal was good for me. It would only have been a bad deal if I finished first.

Also, I had never played for that big of a prize before, so I didn’t want to gamble and risk finishing fourth for $13,000. I was guaranteed $31,000 with the deal, so I took it with no hesitation.

‘papyyrus91’: I am backed, so my backer will get some of the money, but I will go traveling with friends this summer and will definitely use some of it for that. We’re going to Rhodes first with nine other friends and then are going to Shanghai to visit a friend too. The money is definitely good to have now since I busted in 11th in a SCOOP event where first place was $74,000. It was really nice to win something big very big after that. 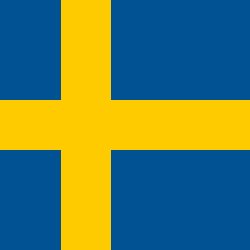 PocketFives: Can you tell us about poker life in Sweden? PocketFives recently launched a Sweden poker community.

‘papyyrus91’: It’s not that big here. Most people who aren’t familiar with poker don’t know who guys like Isildur1. Where I grew up, poker is seen as something bad since in the long-run, everyone thinks you are losing money at it. My parents hate poker and have no idea I still play it. Since I still live at home and study at university, they think I just sit and chat with friends on the computer.

‘papyyrus91’: I started during school about five or six years ago playing for fun and then started to play online. I played a lot of freerolls, but I sucked. Every time I built up a little bankroll, I busted it since I didn’t know anything about bankroll management. One day after I turned 18, I met a Dutch guy in a micro-stakes MTT on PokerStars who said he could help me with my game, stake me, and coach me. I was really amazed.

One or two weeks after that, I won the Bigger $11 for about $6,000. Since then, I have been around playing for other backers trying to move up in buy-ins. Now, I am staked to play a lot of higher stuff, so I really enjoy it.

PocketFives: You mentioned your parents don’t like poker. Why is that?

‘papyyrus91’: They hate it. I think it has to do with the fact that they’ve read so many articles where people have committed suicide or something bad after losing all of their money or have destroyed their lives because of poker. Mainly why I think they hate me playing poker is because I have some issues with my temperament. I have started controlling it more, but I still have a long way to go to stop that childish behavior.

PocketFives: Has controlling your temperament been the hardest aspect of poker for you?

‘papyyrus91’: My biggest problem with poker has always been my temperament, but I think you need to have a bit of a temperament to become good at poker because if you hate to lose, you will do everything you can to make sure you don’t lose the next time. You’ll try to fix the leaks you have and improve. So, I have worked a lot on my game trying to improve my leaks because I hate every time I lose, especially when I make bad decisions. 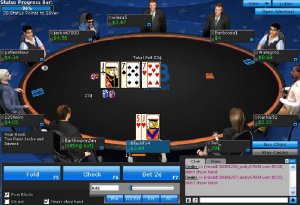 PocketFives: What poker-related goals do you have for 2012?

‘papyyrus91’: I haven’t really set any goals since I’m focusing on finishing school, but my main goal with poker has always been to play at the highest level and buy-ins against the best guys in world. I am on the right path to do that. I still don’t play the highest levels now, but I play against a lot of the best players every day and it’s so much fun.

I really enjoy playing against the best guys in world because they take the game to a different level. Before in the micro-stakes and low-stakes games, I knew that when someone 3bet me pre-flop, they had a monster. At the higher buy-ins, they 3bet, 4bet, and 5bet with air, and that’s so interesting and sometimes very frustrating too.

PocketFives: What are you studying and when are you done?

‘papyyrus91’: I’m studying economics and business. I have been studying for 1.5 years and am planning to study three years total, so I still have 1.5 years left. I plan to either work full-time if I find a good job or play poker; I haven’t really decided yet. The only thing I know for sure is that I will never quit school and play poker before I’m done with a degree.

Sign up for PartyPoker through PocketFives to play in this week’s $200K.

The FIVES Poker Podcast: Isai, Postle in WIRED, and More

Nearly $400K On The Line In Sunday’s 888poker Millions Superstorm