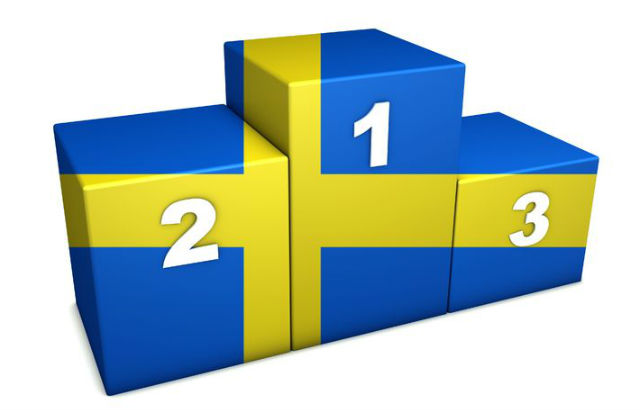 The PocketFives Rankings have been dominated by Sweden in 2017. For the better part of the year, at least half of the top 10 has had the familiar blue and yellow flag next to it. Currently, there are five in that top group. As so many Swedish players are among the best in online poker that the world has to offer, PocketFives is taking a look at the current top 10 rankings for the nation itself.

Checking in at #3 for Sweden is Andreas ‘r4ndomr4gs’ Berggren, who is ranked #6 worldwide. Berggren won a tournament on 888poker and PokerStars in consecutive days for a combined 332.63 points to give himself some breathing room over #4 ‘Sheater.’

‘Sheater’ did a lot of damage on partypoker during the partypoker Powerfest series highlighted by his win in the $150,000 guaranteed high roller which gave him 395.60 points and $31,144.

Ranking #6 and #7, respectively are ‘Ariados‘ and ‘DeathbyQuads‘. ‘Ariados’ reached a peak of #2 worldwide earlier in 2017 and ‘DeathbyQuads’ is attempting to regain his top form of the year at #7 in the world.

Johannes ‘Greenstone25’ Korsar had a strong September that included a Powerfest high roller win and a top-70 finish in the WCOOP Main Event. Korsar is less than $80,000 shy of becoming the sixth player ever to hit $10,000,000 in earnings on PocketFives.

Rounding out the Swedish top 10 is Jerry ‘perrymejsen’ Odeen, who crossed over the $3,000,000 mark in earnings this year. Odeen’s highest worldwide ranking this year is #12.