According to the Associated Press, talks between Amaya Gaming, which announced one week ago that it plans to acquire the parent company PokerStarsand Full Tilt, and the New Jersey Division of Gaming Enforcement will begin on Thursday. The focus: getting PokerStars licensed in the Garden State, a process that wound up in a dead end last December.

You’ll recall that last December, New Jersey gaming officials suspended their review of PokerStars’ licensing application for two yearsdue primarily to “the unresolved Federal indictment against Isai Scheinberg for the alleged violation of Federal gambling statutes… and the involvement of certain PokerStars executives with internet gaming operations in the United States following the enactment of the UIGEA.”

Isai Scheinberg, his son and CEO Mark Scheinberg, and various Rational Group Board members will vacate their positions as part of the company’s sale to Amaya, and the deal is scheduled to close in September. However, the “executive management” teams of PokerStars and Full Tilt will remain intact. 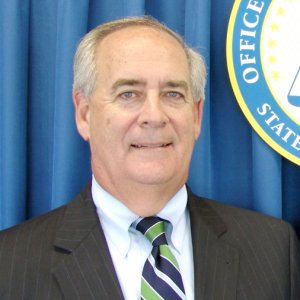 New Jersey DGE Director David Rebuck (pictured) told the Associated Press, “We’ve had discussions with Amaya to reactivate the application and we plan to begin discussions with them [on Thursday]… We’ll look at whatever they bring over… I think in the long-run it will be a good story for New Jersey. I’m optimistic that they know what the rules are and I fully expect them to be very aggressive because they want to be here.”

A spokesperson for Amaya told the Associated Press, “They are optimistic they will get this done quickly,” with the AP alluding to the “fall” as its timeline for approval. Last July, PokerStars partnered with Resorts Atlantic City to offer online gambling in New Jersey, although whether the partnership will hold post-sale remains to be seen.

In its statement explaining its decision to suspend the review of PokerStars’ application, DGE officials noted that “significantly changed circumstances” could result in the application once again being considered. One of the largest gambling-related sales ever and the departure of key owners could likely constitute such a circumstance.

Visit PocketFives’ New Jersey poker community for the latest on this still-developing story.