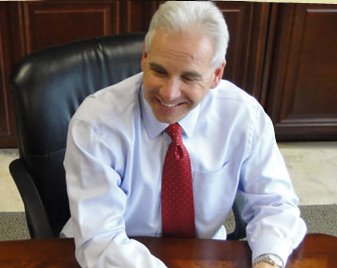 Staking arrangements are prevalent in almost every poker tournament these days. It’s a great way to mitigate risk or play larger stakes than you normally would in order to increase your ROI. However, each year, the most prominent question poker players ask revolves around how to treat winnings when you have a backer or when you are backing someone else.

Many people don’t realize that there are certain procedures and deadlines that need to be followed in order to relieve your tax burden. There are also multiple scenarios that can arise from backing situations, so I will try to touch upon each of them below. Be sure to check out Kondler and Associates’ websiteand our Tax Q&A thread here on PocketFives.

The easiest way to divvy up the tax burden between player and backer is by using Form 5754. This form divides the income between all involved on the spot, requiring no other form to be filed later in the year. As long as you have the basic identifying information of all the parties involved, you simply fill out the form before you head to the cage. Each party will be paid the amount denoted on the form and is responsible for claiming that amount as income when they file their taxes.

This form can only be used for tournaments, since there is no such tax filing requirement for casinos when players cash in chips from ring games. However, this form requires the casino to file additional paperwork on your behalf. Since casinos do not have to accept this form, many choose to avoid it altogether. If you make the money in any event in the World Series of Poker, the Rio will notify you that they do not accept Form 5754 and that all prize money must be claimed by the registrant. There are plenty of casinos that will do the extra legwork and file the form for you, but the Rio is not one of them.

If the casino does not accept Form 5754, or if you choose not to file this form, the next best thing is to file Form 1099-MISC at the end of the year. Form 1099 shows the flow of money from you to your backer. This relieves the tax burden for the amount you paid out to those that invested in you over the year.

For example, let’s say you were in a 50/50 backing arrangement and you won $20,000 at the WSOP. You will receive From W2-G from the casino, which shows the full $20,000 cash in your name. However, you are not responsible for paying tax on the entire amount because your backer will receive $10,000. So what do you do?

In order to show the proper 50/50 proportion, the first thing you should do is give your backer Form W-9. This will allow you to collect your backer’s personal information (name, address, social security number) that you will need to properly file Form 1099. Since you cannot file Form 1099 until January of the following year, store this information in your records until the time to file arises. Once January rolls around, you can contact your tax preparer and send them all your W-9s and the amount of money that should be allocated to each backer.

If you have multiple cashes with the same backer, it is not necessary to have them fill out more than one Form W-9. Just make sure to track the flow of money so you know how much to allocate to them when you file. You can go ahead and pay your backers in full once they give you Form W-9 with the all of their information, but also remind them that they will be receiving Form 1099 at the end of the year, so there are no surprises.

Let’s assume the same scenario above, except this time you are staked by a non-U.S. backer. Instead of issuing your backer Form W-9, you will issue them Form W-8BEN. This will allow you to collect the personal information of a non-U.S. citizen or resident. Instead of handing over 50% of your winnings like you would to a U.S. backer, you first must withhold taxes.

In most cases, you will withhold 30% of the winnings* ($3,000 in our example) and remit it to the Treasury. You will then need to issue your backer Form 1042-S that denotes the amount paid ($7,000) and the income tax withheld ($3,000). If your backer wishes to reclaim the withheld taxes, they must file Form 1040NR at the end of the year if they qualify to do so.

It is important to familiarize yourself with these issues if you are in a backing scenario. There is no need to become an expert on the topic, but you can avoid many common pitfalls if you have a general sense of the process.

For example, we have seen many players pay their backer after a tournament win and not obtain their personal information. This may not be an issue because most backers will oblige after-the-fact and provide you with the necessary information. However, others, who remain “off the books” or do not want to be accountable for tax, refuse to answer or give their information, which puts the player in a tough spot. The last thing most people want to think about is paying tax after a tournament win, but it is something that affects every player and it is our goal to prepare everyone for that situation.