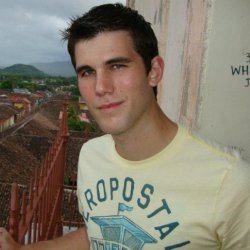 I was a huge fan of ESPN Classic when I was a kid. Other than watching that weird 50s Home Run Derby TV show, I also loved watching old boxing matches. The evolution of the sport was so pronounced when you watched fights from different decades. The early 20th century showed powerhouse Irish and German immigrants playing Ring Around the Rosie for 30 seconds before every punch. Joe Louis would then match his heightened technical proficiency with incredible strength. He started handing guys their asses.

Once Muhammad Ali came into the picture, the game changed forever. I would watch fights and interviews with him wondering why everyone just knew he was good. Whether you found him pompous or otherworldly, you knew you were watching a champion. It takes an extreme talent to proclaim he’s the greatest and not be laughed out of the room.

Ali always seemed so beyond everything. You wanted not to like him for what a blowhard he was, but you could never shake the feeling it was a giant joke to him. The ways he taunted his competition would be absolutely absurd. He once convinced the world he was “the real black man of the fight” when he was fighting Joe Frazier.

He seemed out of control, but then when he got into the ring, he was an artist. He’d keep his distance, bob, move a direction you weren’t expecting, and just as you began to track him – pop! You threw a punch to counter, but he was gone again. You moved in after him, but he’d make you keep your distance with his jab.

He worked to make you feel like you had no control inside the ring and out. The whole time, he didn’t seem to be part of his own act. He kept the match in his wheelhouse.

What he never did was just sprint across the ring and start street brawling with his opponent. You can debate the legitimacy of that ten count versus George Foreman, but you cannot refute how Ali would not play Foreman’s game. Both Foreman and Frazier would have killed Ali if he went in and started slugging. Ali, however, showed the world why the game was once often referred to as “The Sweet Science.” 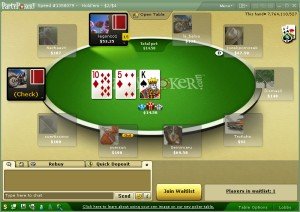 When I look at tournament poker now, I see brawlers. I don’t see as much in the way of technical proficiency. That’s not to say there aren’t incredible players who focus on tournaments. We celebrate the insanely gifted regularly here on PocketFives. However, 90% of MTTers play a very similar pre-flop style with marginal differences in their opening and jamming ranges.

I hear frequently that No Limit Hold’em has become a crapshoot. These statements are especially striking to me. I enjoy playing now more than ever because there are still so many opportunities to learn. While tournaments are certainly more variance-ridden now than they were four years ago, there are still plenty of edges for those who look for them.

When I started playing poker six years ago, I would 16-table all day, every day. I wasn’t the best, but I studied hand histories more than most and was semi-consistent. My strategy worked. The volume I put in reaped huge benefits for years.

This year, after blowing the chip lead at the PCA, I came home with the attitude of “it’s time to work.” I set out playing 16 tables all day, every day like I’d always done. I stacked up some big wins, but nothing earth-shattering. More days than not would end with me getting close in a bunch of tournaments, but not closing. Throw in a few $10Ks and a blanked SCOOP and soon I was on a six-figure downswing.

A friend of mine told me I was trying too hard, that I needed to sit back and enjoy the game. He told me to register for a set number of tournaments and only boot up new ones if I lost one. If I was deep in something, he told me I was probably better suited not booting up new tables. Instead, I was better off managing the highly valuable stack I’d already attained.

Combined with regular study, his plan worked. In a short period of time, I’d final tabled seven $530 tournaments (albeit the smaller ones online), the iPoker major, the PartyPokermajor, and the Big $109 on PokerStars. My run would culminate with me shipping a couple $109s and securing a chop in a WCOOP $1K Second Chance tournament. Just like that, my six-figure downswing was handled.

Looking back at the hand histories, I can see clearly why the same work ethic and table management strategy that worked for years stopped working. Everybody is a competent regular now. To make money, you cannot rely on poor players to pay you. People don’t make as many bad decisions as they used to make with shorter stacks. If you want to win now, you have to take another professional’s slice off his plate. 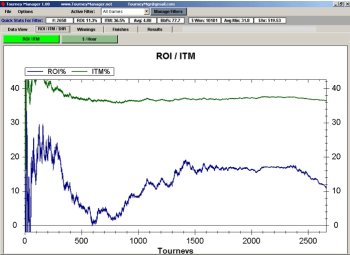 If you’re going to target other professionals, you need to focus. They usually only have one or two exploitable flaws and you need to study their stat readouts to find what they are. If you’re not paying attention, you’re at the mercy of the RNG. You’re just waiting for the textbook re-jams and trying re-steals on the off-chance they’ll work. You’re simply slamming your chips around the table. You are not a sniper; you’re running around in the open with a steak knife.

If you are going to make money from tournament poker now, it is not enough to simply have a profitable game. You must become exacting in your chip investments.

You can’t just shove 20 BBs on the button with A-2o anymore and go “lawl, variance” when you run into A-K. Everyone knows how to interpret your shove there now. If you study your opponents, however, you might have found that a simple raise/fold was similar in regards to profitability and was a 90% cheaper investment.

If you just excuse yourself from healthy feelings of doubt by saying, “it was profitable” or my absolute favorite, “Unexploitable,” then you’re never going to find new solutions.

Have you ever watched a hand history of your own and analyzed it? Counter-Strike and StarCraft players watch replays of their matches and other famous games constantly and they make 10% of the money we do. Chess masters study games of the greats. Poker players just prefer to grind aimlessly because it’s more fun.

When you watch a hand history, how do you analyze it? Do you go through the whole tournament, 9-3o UTG folds and all? The best players I know mark the hands they have trouble with so they can focus on them later. They put more hours in and get more out of them.

Take a look at the hands you’re marking. Did you lose all of them? The best players I know mark a number of hands they won because they want to prove they weren’t just lucky.

If you had trouble with a key hand, oftentimes the solution will not be readily apparent. Seek outside help. Research the particular topic. Discuss the hand with a player you perceive to be better than you. See if his theoretical statements match a mathematical analysis.

If you cannot prove what you’re doing in a poker game is mathematically sound, why is that? Do you think the Bellagio built those fountains by not understanding the bets they were offering?

The math isn’t even that hard. I got Ds in math – in a United States public school. If I can figure a lot of this stuff out, I don’t know what most people’s excuse is.

In short, you may not possess a number of the natural instincts the top players have. If you were not born as God’s gift to poker, then you must take every edge that is within your grasp. Someone could be more talented than you, but no one can outwork you.

Keep asking the questions. Take time away from the game to study. Explore your leaks efficiently and with an open mind. Good luck to you.

Alex AssassinatoFitzgerald has amassed $3,000,000+ in tournament earnings alone. Alex is an instructor at PocketFives Trainingand can be reached for private lessons at @TheAssassinato or [email]Assassinatocoaching@gmail.com[/email]. He lives in a suburban home in Costa Rica with his fiancÃ© and poodle.