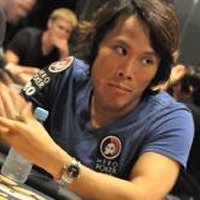 One of the online poker world’s best known names, Terrence Unassigned Chan (pictured, known as TChanon PocketFives), wants to get some kicks outside of a poker table as he looks forward to his debut in the Mixed Martial Arts arena on March 30th. He has multiple PokerStars SCOOP and WCOOP titles, including two SCOOP titles in the same night in Six-Max events four years ago.

“S**t just got really real,” Chan opened on a blog post from Tuesday. “I got a text message out of the blue. Mike Haskamp, co-founder and matchmaker for the Legend Fighting Championships, texted me to ask if I was interested in taking a fight on two weeks’ notice here in Hong Kong. I said hell yes, I am interested!”

The next fight card for LFC is slated for March 30th at the AsiaWorld-Expo in Hong Kong, with co-feature events pitting Lightweight Champion Jadamba Narantungalag, making his first title defense, against Nam Yui Chul. Also on tap is the first ever Featherweight Championship between Ji Xian and Yusuke Kawanago. Chan’s fight is on the under-card of the LFC slate, putting him against Muay Thai fighter Alex Lee.

“Two weeks’ notice is obviously not an ideal situation,” Chan wrote on his blog. “Since I’m coming off a fight in which I took no damage, it’s perfectly fine. I’m healthy and in shape.”

The fight for Chan will be his debut on the MMA stage and will be Lee’s second MMA fight following a loss by submission (rear naked choke) to Mark Eddiva in January 2011. Chan, however, is well aware of the challenge he will be facing by stepping into the ring with Lee. 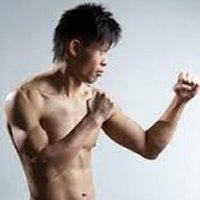 “My opponent (pictured) is a veteran of over 20 ring fights in Muay Thai, boxing, and karate,” Chan detailed on his blog. “(He’s) bigger, stronger, taller, more experienced, and, being Hong Kong born and bred, will likely be the crowd favorite. Do I care? Not in the least. I am full of confidence and being the on-paper underdog is only going to make this win sweeter.”

The rules that the LFC fights under are a bit different than what most Americans have seen when it comes to MMA. Instead of a cage arrangement, the LFC fights in a roped ring that is normally seen in boxing. In another departure from American-style MMA fights, elbow and knee strikes to the head are allowed when the fighters are on the ground. “This is no joke,” Chan understatedly said. “We are playing in the big leagues now, kids.”

Chan, known as Unassigned on many of the online poker sites he plays at, has been at the forefront of poker since his start on the virtual felt in 2005. Chan has been able to parlay his online success into the live arena also, earning over $900,000 in his live poker career according to the Hendon Mob database. He also owns SCOOP and WCOOP titles. But Chan seems to want the thrill of another challenge with one of his passions in life, MMA. 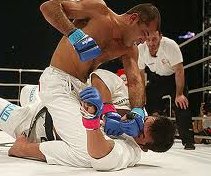 Chan began training in Muay Thai two years prior to his debut on the world poker stage as a way to stay in shape. After watching bouts from the now-defunct Pride Fighting Championships, Chan added in Brazilian Jiu-jitsu to his repertoire of training. With almost a decade of such drilling under his belt, Chen believes he is ready to take on the challenge of entering the MMA arena.

For those that are interested in seeing Chan make his debut on the MMA stage, the fights will be streamed on YouTube beginning at 11:00am GMT in the United Kingdom and at 7:00am ET in the United States. As Chan’s fight appears to be the first one on the under-card, his fight against Lee should start soon after the show begins.