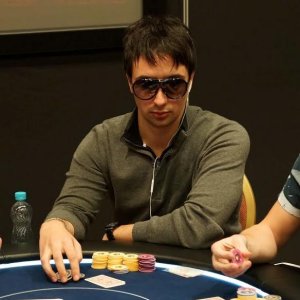 If you look down the list of the largest cashes for Alen Bilic (pictured), who is known on PocketFives as lilachaa, you’ll see the PokerStars Sunday 500 four times. In fact, four of his top ten largest cashes ever have come from the Sunday tournament, which he final tabled thrice in 2013 (March, May, and August). Earlier this month, four was the magic number, as he won the PokerStars Sunday 500 for $71,000 after placing no higher than third the other three times.

“It feels great to finally win the Sunday 500,” Bilic told PocketFives. “I have final tabled it before, but this time everything went my way. I remember thinking about the final table seat draw on the bubble. I definitely needed to get Annette_15 on my right if I was going to make it happen. She was crushing the other table and was fairly close to my leading chip stack. You can only imagine my relief when I saw her directly to my right when the final table started.” 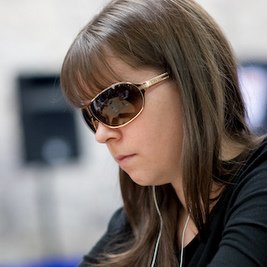 “I find it to be one of the toughest tournaments on PokerStars,” Bilic said of the Sunday 500, a $530 buy-in tournament that guarantees $300,000. “But, it’s also one of the best structured ones, the one where your patience can pay off. I must have been really fortunate to get all of those deep runs in a very small sample. I’m just really happy that I’ve managed to capitalize on them.”

“Things were great for me eight-handed,” Bilic told us. “The player who was directly to my left timed down and sat out his remaining chips. At that point, I felt pretty confident that I wasn’t going to slip up again, and I finally won it.” One week later on April 20, he took down the iPoker Sunday Special for $33,000. 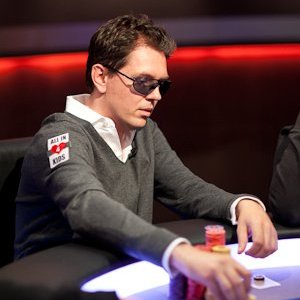 He started his poker journey four years ago after winning a freeroll on PokerStars. He explained, “Just months before that, I didn’t even know the rules of poker or was ever interested in it. A few of my friends were playing freerolls and mentioned them at school, so I registered as well and gave it a try.”

He added, “The turning point in my mind was when I noticed something big happening on PokerStars: the anniversary Sunday Million won by RichieRichZH for over $1 million. I stayed up all night watching and was simply in disbelief when I saw the amounts won at the final table.” The win by RichieRichZH(pictured), which occurred in February 2010, is one of the largest cashes in the history of online poker at $1.1 million.

The day after RichieRichZH’s victory, Bilic deposited $20 and began playing heads-up games. His bankroll swelled to $2,000 within three months and he switched to MTTs in early 2012. “The adjustment from heads-up to MTTs was huge,” he said. “I spent eight hours a day, seven days a week for about six months studying and grinding without winning a single dime.”

In order to stay on top of variance, Bilic sought out a backing deal, which he said was tough for a player from Bosnia and Herzegovina. However, he found a taker in fellow PocketFiver Phil Grindation Mcallister, who is from the UK and “put his trust in me and backed me for MTTs. He worked with me consistently and taught me so much that my game improved significantly in just a few months. I will be forever grateful for that.”

Nowadays, you can find him among the group at ThePokerBackers, where he has been under the tutelage of HR_Dub for the last 18 months. “My playing days became monotonous,” Bilic said about why he moved to MTTs. “I was also intrigued by live tournaments, so I was bound to switch to MTTs at some point.”

He is happily married and has two daughters, so his days are quite packed overall. “I try going regularly to the gym, which makes me feel a lot better before a session and more pumped up,” he commented. “I like traveling too; this summer, I’m going to Las Vegas for the first time to have some fun, stay away from the computer, and play live poker for a change.”

The Sunday 500 runs weekly on PokerStars. If you don’t already have a PokerStars account, sign up through PocketFives’ link and make a deposit to get one free month of PocketFives MTT Training. You’ll also get a 100% up to $600 sign-up bonus. Click here for PocketFives’ PokerStars link.