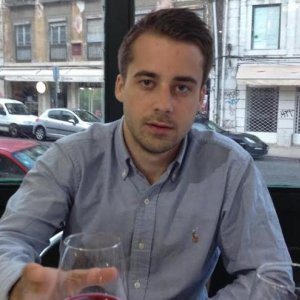 On the final weekend of July, Sweden’s MangeJao, whose real name is Magnus Nordmark (pictured), won the Winamax High Roller for $14,000 following a two-way chop. The six-max tournament had 190 entrants and a buy-in of nearly $400, with the top 21 getting paid. Nordmark told us in an exclusive interview, “It felt good. It’s always awesome to score a tournament win. I have been to too many second places lately.”

His chopping partner was fellow PocketFiver Ringelsdorf, who is ranked #285 worldwide and earned $15,000. On the rationale for a deal, Nordmark explained, “We were kind of short, so I wanted to decrease the variance.” He followed up his July win in the High Roller with a runner-up finish in the same tournament over the weekend for another $17,000.

Nordmark is approaching a half-million dollars in online tournament winnings in his PocketFives profile and said his next step is to move up in stakes. “Right now, I have a pretty low-variance schedule with some small tourneys,” he said. “I’m not playing the biggest at the moment, but I’m taking it slow. By big tourneys, I mean like the Super Tuesday and some of the bigger events in some of the series coming up.”

Let’s backtrack to the High Roller on Winamax now. He said he loves six-max games and noted, “Winamax is awesome. There are always fish and spewy French regs. With fewer players at the tables, you can play more hands against weak players as opposed to full ring.” By the way, he plays on Winamax under the user name Penils. 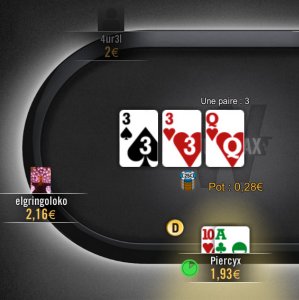 Nordmark got started in poker a half-dozen years ago by playing home games with friends. Ultimately, he began grinding online and has placated cash for about 80% of his career, mostly PLO. His tournament prowess has only come in the last eight months, and he called moving from cash games to MTTs “a challenge, but it’s going forward at least.”

Away from the game, Nordmark has been “studying a little computer science, but I dropped out, and I’m almost finished with a bachelor in economics/business, but I’m taking a break right now to grind. I really like investing too. So, I’m always looking for things to invest in. Other hobbies I have include exercising and partying.”

Nordmark has almost 800 in the money finishes in online MTTs for an average of just over $600 a pop. He stands at #417 worldwide in the PocketFives Rankings and #27 in Sweden.

Winamax accepts players from many EU countries. When you sign up for Winamax through PocketFives’ links and deposit, you’ll get one free month of PocketFives Training, a 100% up to €500 deposit bonus, and the ability to play in PocketFives’ exclusive PLB Competitionon Winamax. Click here to get started.