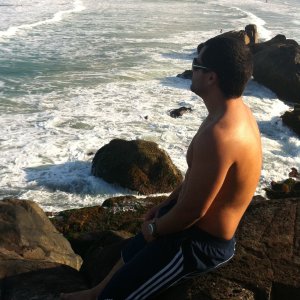 Three months ago, Brazil’s tnapoleao(pictured), known in the real world as Thiago Napoleao Gilioli, got married. Now, he is busy taking down the PokerStars Sunday Warm-Up, which he won outright last month for a colossal $109,000. “I’m feeling amazing,” Gilioli said about his big win. “I got married two months ago and, since then, the results have reappeared with a very large frequency. Then, this big score came.”

He defeated fellow PocketFiver Ysjah, who calls the Netherlands home, and said that there wasn’t enough time for a chop to be discussed. He said, “We did not have time because I had too big of a stack. During four-handed play, I was the chip leader and eliminated the player in second.” The top 540 spots paid and a hair over 3,500 entries were tallied.

“My wife is my biggest supporter,” Gilioli said of his new bride. “She was very happy with this result, as was the rest of the family, who are always following my career.” This was the largest MTT cash we’ve tracked for Gilioli, besting a $39,000 score that came after winning the PokerStars Bigger $162 in March 2012.

What to do with a six-figure jackpot? “I just want to increase my bankroll and continue playing for now,” he told us. “I think my wife deserves something too.” In the meantime, he sits at #539 worldwide in the PocketFives Rankings. Last year, he could be found as high as #278. He is the 29th ranked player in the Brazil poker community. 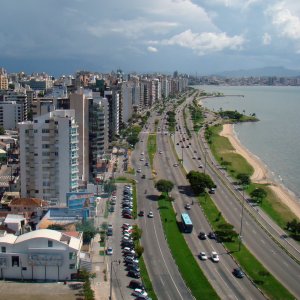 His schedule in the South American nation that will play host to the 2014 World Cup includes waking up around 8:00am, exercising, grinding, and finishing up with the Big $55 or Big $162 on PokerStars, “depending on my mood.” He is a fan of the agenda, as his hometown of Florianopolis (pictured) is three hours ahead of Eastern Time and just two hours behind GMT.

Gilioli’s started playing poker in 2006 and switched over to a full-time career two years later. He said, “Poker is my life,” and noted, “I really like the adrenaline of the game and the chance to work on something I enjoy.” He has helped the nation of Brazil climb to #6 worldwide in the Country Poker Rankings. He admitted, “I do not think I represent my country. I think I represent my family. For them, I try to do my best.”

You can catch the Sunday Warm-Up weekly on PokerStars. If you don’t already have a PokerStars account, create one through PocketFives’ links to get a 100% deposit bonus up to $600 and one free month of PocketFives Training. Get started here.