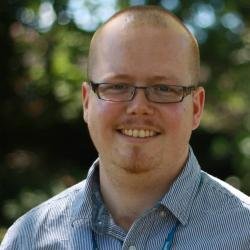 Playing poker for a living or even taking it seriously as a way to make money recreationally puts a lot of strain on your mental processes. It forces you to examine in great detail the way you think and behave and allows you to get to know your own brain better than you ever have before. This can be both a blessing and a curse at times.

One of the primary reasons why poker is so taxing on your brain is because of variance. Your brain doesn’t always get positive feedback from a good decision, so you have to rewire it not to need the feedback at all. This is completely contrary to how human beings usually operate.

When it comes to our perception of ourselves, this can be especially confusing. It’s entirely possible – frequent, even – that we’ll make a correct decision at the poker table and receive immediate negative feedback in the form of our opponent showing down a hand at the top of his range or a card coming on the river that loses us the hand. These instances chip away at our mental conditioning and lead us to subconsciously reevaluate our definition of “good decisions.”

Over time, this can lead to an erosion of our confidence at the tables. The last time we check-called the river with top pair and a weak kicker, we ended up losing to a rivered two pair, so the next time it happens, we no longer trust the instinct that says “call.” The last time we check-raise bluffed the turn, we got called and busted the tournament, so we shy away the next time. Of course, sometimes this is a good thing because it can occasionally protect us from mistakes, but the longer it goes on, the more gun-shy we become.

Confidence is so important in poker that a loss of it can significantly affect our profitability. Not taking those thin bluff spots, folding to 3bets too often, not making big calls on the river, and attempting only to take the most obvious pre-flop shove spots are just four of a large number of common weaknesses caused by loss of confidence and, over time, these weaknesses will manifest into huge leaks.

In some instances, paradoxically, the only thing that can reverse this pattern is one of two things: we make a bad decision and get good feedback by winning the hand (which feels good and lifts us from our funk, but can be damaging because it reinforces bad habits) or break the cycle and follow through with a marginal play because we willed ourselves to overcome our doubts and we receive good feedback as a result.

In this second instance, the determining factor in our ability to make the right decision wasn’t confidence. We actually didn’t really have confidence at that moment. What we had was self-belief. In poker terms, I like to think of confidence as the act of following through on one’s instincts, the ability to think clearly and rationally on a moment-to-moment basis without the influence of external factors. Self-belief is a little different.

Self-belief doesn’t come when you’re in the middle of playing a hand and your mind is racing to find the best play. That’s when confidence is taking over and driving your thoughts. Confidence is visceral and fluctuates over the course of a session, tournament, or even a specific hand. Self-belief is something that happens away from the table and it’s the foundation of confidence itself.

Self-belief means the acknowledgement of and trust in your own abilities and skills. It means being able to accurately identify that you are a skilled poker player, thus having a reason to continuously prove to yourself that listening to your instincts is a good idea. It gives you the ability to say during a hand, “I’m not sure about this river shove. It didn’t work last time, but I’m usually pretty good at these spots. I’m all-in.” If you have self-belief, your confidence can never dip below a certain level.

If you’re struggling with confidence at the tables, try to reinforce your self-belief. Work away from the tables at reminding yourself that you are good at poker, that you have the capacity to improve, and that you have achieved success in the past. Build a foundation. When you come to work on things at the tables and difficult decisions come up, building a greater base of self-belief will allow what confidence you do have to show itself more readily.

If you do have confidence, but lack self-belief – a common trait among many overly-aggressive recreational players – you’ll find that while you’re happy to run big bluffs and make big calls when things are going well, your confidence is easily shattered once you lose a big hand. You retreat into your shell and lose that instinct you had earlier.

The short version is that confidence is how you feel at the table, while self-belief is your evaluation of yourself away from it. Confidence is knowing when to pull the trigger, but self-belief is knowing how to use the gun in the first place. If you have one without the other, you risk two things: being too slow on the draw or shooting yourself in the foot.