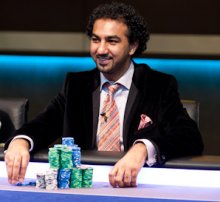 Last month, Faraz The-ToiletJaka, a longtime member of the PocketFives community who has over $2 million in tracked cashes, final tabled the PokerStars Caribbean Adventure Main Event to the tune of three-quarters of a million dollars. The former World Poker Tour Player of the Year lapped $3 million in live tournament scores to boot, according to the Hendon Mob, and was gracious enough to sit down with PocketFives to recap his entrepreneurial lifestyle and his rock solid PCA Main Event finish.

PocketFives: Thanks for joining us, Faraz. Tell us how it feels to come away with a third place finish in the PCA Main Event for $755,000.

Faraz Jaka: I’m not necessarily happy with the result, but the money is nice. I’m happy with how it went, but I’m just so competitive that I hate anything less than first place. 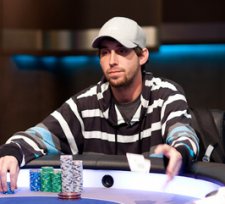 PocketFives: You had a major hand when three players remained against Kyle KJulius10Julius (pictured). You held K-J against A-K and ended up doubling up Julius after you 5bet. Can you walk us through that hand?

Faraz Jaka: Sure. He had about 10 million in chips and I had about 11.8 million. He open-raised the button, I 3bet the small blind, he 4bet, and I jammed and ran into A-K. I don’t want to go into too much detail for the sake of not revealing too much strategy, but I definitely thought he was capable of 4betting me light there. I had a hand with blockers, so I thought it was a good spot to jam and pick up a good size pot without any showdown or flop.

PocketFives: The last time we talked to you was right around Black Friday. Can you tell us what you’re doing now?

Faraz Jaka: I pretty much plan to focus on my new business this entire year. I’m making a new sports drink with three other partners. When I go on deep runs and get big finishes in poker tournaments, I’m tempted to play more poker because when you’re getting deep, you play more confidently and you are also getting more experience. If going to play live poker will affect the business, though, then I’m going to stay true to my commitment to my partners and pass on the event. The original plan was to do a live tournament about once every month-and-a-half this year. 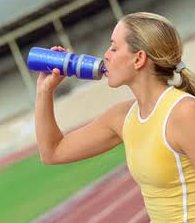 PocketFives: A sports drink? When can we expect that to hit the market?

Faraz Jaka: We’re finishing up the recipe right now and the next step is to bottle it up and create unique labeling and bottle design. The next couple of months will be grinding that portion out and we hope to have the drink ready to sell in about three to five months.

The drink has nothing to do with poker; it is an all-natural sports drink. We are going after the people who like Gatorade and Vitamin Water, but also may prefer something a little healthier. Right now, you have companies like Vitamin Water fooling people into thinking they are drinking something that is good for them when in reality it’s all just sugar water with a really small amount of vitamins in it. Our drink will have electrolytes, anti-inflammatory properties, lower the chances of Alzheimer’s, and much more.

We have no doubt in our minds that our drink is going to be an amazing product, but the beverage industry is all about how well it’s marketed, so that will be the tough part. We want to go after the masses. Most healthy drinks are only targeted at health nuts, which limits the market quite a bit. The health nuts will come easily because of how good our drink is for you, but the masses consist of the people who drink Vitamin Water and Gatorade and we hope to convert some of that population to our drink. 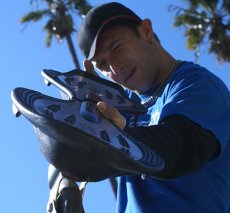 PocketFives: You were always this entrepreneurial, even before Black Friday, right?

Faraz Jaka: I’ve always been passionate about entrepreneurship. Pre-Black Friday, I stated in plenty of interviews that I consider myself to be a businessman first, and a poker player second. I’ve always planned on looking for more and more business opportunities. When one came up that required my time, I would cut back on poker and focus on the business until I got it to a point where I could jump back on the grind.

With Black Friday, the timing was just a no-brainer to pursue a venture as soon as possible before poker is legalized, so I put a little more mental effort into trying to come up with some ideas to pursue.

I have a lot of close friends that I know I could get into business with and it’s just a matter of if and when the right venture comes up that creates the right mesh of minds for whatever the venture is. I also have a startup that I am a passive investor in. I only put in about five to ten hours per week and my partners run it full-time: AxisCasterboarding.com.

It’s a board (pictured above) that combines the elements of a skateboard, snowboard, and surfboard. It’s been around for six years as a toy, but we are trying to turn it into a sport by selling the lifestyle and aftermarket products.

Congratulations to Jaka and everyone who cashed in the 2012 PCA. We’d like to wish him the best of luck in his various business ventures.