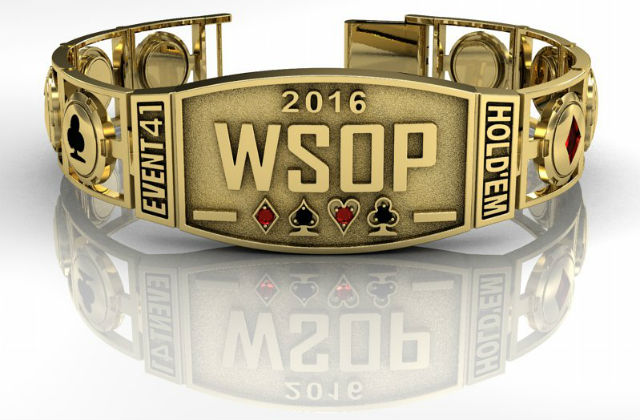 [CAPTION=100%]The fourth week of the 2016 WSOP schedule keeps recreational players in mind.[/CAPTION]
Week 3 of the 2016 World Series of Poker turned into the World Series of Jason Mercier, and the Week 4 schedule offers a few opportunities for that to continue while there’s also a bit of a focus on smaller buy-in, bigger field events with two of the WSOP’s famous “gimmick” events running between now and Saturday.

In 2015 the WSOP debuted a new event with 90-minute levels called “Extended Play”. The $1,500 buy-in event attracted 1,914 with Adrian Apmann. For 2016 the WSOP has re-branded the event to take advantage of the first day of summer and are calling the event the Summer Solstice. The $1,500 buy-in event runs Monday – Friday and is the first of four events this week targeted towards the always popular “recreational players”.

While amateurs might be packing the Rio’s hallways for the Summer Solstice or Monster Stack, the best No Limit Hold’em players in the world will be playing in the $10,000 Six Max NLHE Championship event. Running Thursday – Saturday, the event usually attracts over 250 players including a number of players who cut their teeth online. Last year Byron Kaverman beat a final table that included Doug Polk, Sam Greenwood and former #1-ranked PocketFives player Paul Volpe to win his first bracelet and $657,351.

The $2,500 buy-in Mixed Triple Draw event might be one of the strongest fields of the year relative to buy-in. Making its WSOP debut this year, the event rotates between three variations of Triple Draw: Ace to Five, Deuce to Seven and Badugi. All three games, which are popular in the some of the biggest cash games in Las Vegas, will be played with a Limit format. The three-day event goes Thursday until Saturday.

Other Notable Events This Week

The $10,000 Omaha Hi-Lo event finishes up on Tuesday. As of Monday morning Jason Mercier was still in the field, chasing what would be a fourth consecutive $10,000 buy-in event cash. Both the Seniors and Super Seniors events will crown their championship this week while on the opposite end of that spectrum, the $10,000 Seven Card Stud Hi-Lo Championship runs next Saturday through Monday.