April 2 was an anniversary of sorts. No, not for marriage or some sort of heroics. Instead, it had been exactly one year since Lock Poker paid anyone, according to US Poker and Two Plus Two. And yet the site is still dealing cards.

According to US Poker, “Two Plus Two user IHasTehNutzcompiled information for more than one year on Lock Poker withdrawals. His latest list shows nearly $1 million in unpaid withdrawals. Nearly 400 players were owed this cash. These same players report account balances totaling more than $2 million. It is estimated that Lock Poker has more than $10 million in player liabilities.”

Lock Poker, an unregulated US-facing site, comes in at #63 worldwide in terms of the average number of cash game players at 20, according to PokerScout. Despite the fact it hasn’t been paying one back, it’s still open for business. 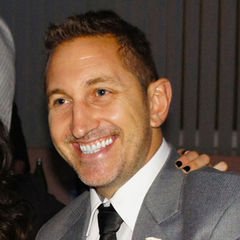 In February, former Lock Poker rep Shane Bridges claimed it was unlikely that players would be paid out any time soon, telling Pokerfuse, “I never had access to any real financials, but with no significant movement on cashouts and promises of the big turnaround now being 12 months old, it would be my assumption that player balances won’t be honored now.” He, in part, blamed an extravagant lifestyle for Lock Poker CEO Jen Larson and programmer Brendan Young. Bridges is pictured.

In case you’re wondering about the Lock Poker payments on April 2 of last year, US Poker said, “Two Lock Poker withdrawals were received by players on April 2, 2014. One was a check and the other was a Western Union cash transfer. Both withdrawals went to Americans. No players outside the US have been paid since January 2014.”

Lock is currently pushing rake chases and enhanced deposit bonuses. The former includes a leaderboard with over a hundred players registering scores since March 1.