“What he has now is real problems,” Ali Nejad said as he called the action on PokerGO‘s High Stakes Duel III. “Dwan binks the nine on the turn, a demoralizing development…and now, Hellmuth has twelve outs, or the streak is over.”

The river was a brick for the defending champion and as soon as Phil Hellmuth and Tom Dwan rose from their seats to share a friendly handshake in the center of the frame, the headlines were already being written: Tom Dwan Dethrones Phil Hellmuth in Round 2 of High Stakes Duel III

The entertaining five-and-a-half-hour match gave fans just about everything they could have wanted. There was Dwan back in the poker spotlight, public closure over the duo’s famous 2008 feud, and, of course, peak Hellmuth – jovial and steaming, cursing and eating. (Oh, the eating!) 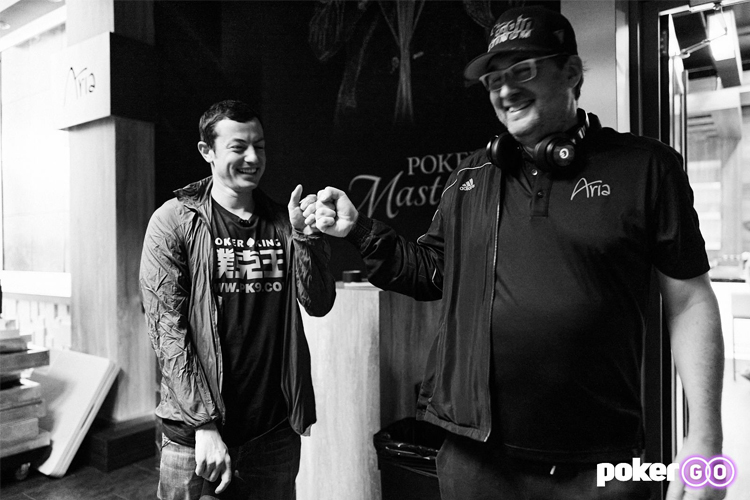 That’s a big part of what makes High Stakes Duel work. Of course, for die-hard fans, the poker is critical. But, for many, it’s the dynamics between the players that make HSD good TV.

And sure, by the end of the broadcast the big question of “who will win?” is always answered, but the show is more than just a point tally on a scoreboard. Emerging from this match were plenty of other storylines that were fun to see play out and could also play a big part in the future of the show.

That was ‘Durrrr’, this is Dwan.

You know the story: Dr. Bruce Banner infused himself with high doses of gamma rays while in the lab altering his DNA so when he becomes angry he transforms into…the Incredible Hulk! Banner is always trying to control his temper, but when the rage comes out the Hulk gets loose, and he destroys everything in his path.

Perhaps Tom Dwan is a little like Dr. Banner. In the late 2000s, at the height of the online poker boom, Dwan exposed himself high doses of understanding ranges (before most people understood ranges) while “in the lab” and when he appeared on TV he transformed into “Durrrr”, the incredible online wunderkind who destroyed every bankroll in his path.

That was then. His amazing, creative style of play is what Dwan built his reputation on. It’s why still today fans are attracted to watching him play, despite him spending the better part of a decade grinding private ultra-stakes behind closed doors.

But this is now: “The thing about high stakes poker back then was…a lot of people were missing some pretty core concepts and it gave me a lot of flexibility,” he said on PokerGO’s HSD “Weigh-In” show. “I just played this WPT show a week ago and I couldn’t really get that out of line, everyone’s studied No Limit a ton. I had a lot more options ten years ago.”

That showed during his High Stakes Duel with Hellmuth as Dwan played a measured game, never really getting out of line, never really putting Hellmuth to the test with a less than adequate hand. Instead, he settled into the match, taking it seriously (when many thought he wouldn’t), and let the match come to him. 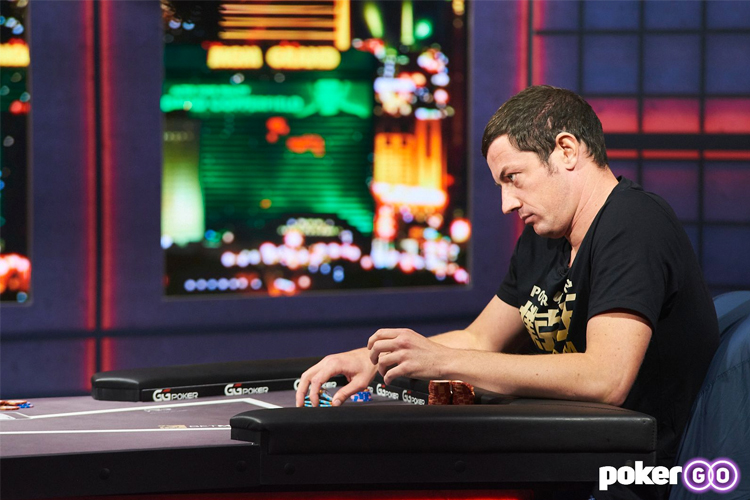 Additionally, Dwan had an answer to Hellmuth’s antics. Nothing. Whereas all of Hellmuth’s previous opponents had a tendency to jaw back-and-forth with “The Poker Brat”, Dwan never flinched. He never seemed compelled to answer back. Instead, Dwan kept his cool rather than responding with taunts like he did in his 2008 NBC Heads Up Poker Championship. He soldiered on, a wry smirk or left-looking glance here or there, but in general, he simply took care of business.

Certainly, ‘Durrrr’ will emerge at some point in the future, but right now Tom Dwan looked like he was in complete control.

No doubt about it, the streak is over. Hellmuth’s reign as the undisputed king of High Stakes Duel has come to an end. But, honestly, is that a bad thing for Hellmuth?

At the time of this writing, Hellmuth has yet to accept a rematch against Dwan and, if he doesn’t, who can blame him? He can credibly claim he has nothing left to prove in the format. He bested Antonio Esfandiari three times. He came back from a 19:1 deficit against Daniel Negreanu and ended up sweeping him in three straight. Finally, he played an experienced amateur in Nick Wright (something Dwan called him one of the best at) and took care of business.

Plus, every sponsor of Hellmuth – from energy drinks to altcoins – must be happy with the amount of exposure he’s given them (far more than 24 total hours of screen time) on this show. Whenever the opportunity presented itself Hellmuth (is “shilling” too harsh a word?) took the opportunity to promote those who support him.

A loss to Dwan marks the perfect time to exit stage left. Hellmuth, almost notoriously, is averse to stakes that climb too high. Yes, he played the 2012 Big One For One Drop with its $1 million buy-in, but for a player who sometimes has extended stays at the Aria Resort & Casino he’s notably absent in the regularly running $10Ks that take place in the Aria poker room. When it comes to bankroll management and game selection, super high-stakes tournaments are not traditionally where Hellmuth has found his success.

So with the next High Stakes Duel, should PokerGO continue down the road they have established, be Round 3 would have a buy-in of $200,000. Win or lose, Hellmuth’s next option would be a $400,000 match. If Hellmuth were to win, he would be forced to defend a title at $400,000 and, in order to walk away, play and win a Round 5 that comes with a $800,000 price tag – legitimately making it among the biggest buy-in tournaments of all time.

Losing to Dwan makes it the perfect time for Hellmuth to step aside under the notion that all his focus needs to be on his first love – the World Series of Poker. No one would blame Hellmuth for saving all his #WhiteMagic for chasing bracelet #16. Plus, by saving a $200K buy-in, Hellmuth could play just about every event on the WSOP schedule if he wanted to (provided he can pull himself away from his new bestie Mr. Beast.) All in all, a Round 2 loss to Dwan could end up being an easy exit and the real win for Hellmuth.

Will PokerGO push Dwan (and the show) into deep waters?

“If no one challenges a winner within 30 days of the previous match, that last winner declares victory.”

The original High Stakes Duel rules have the stakes doubling through Round 8 “resulting in a potential prize pool of $12,800,000” and a player needing to win three straight matches before Round Six (or two in a row from Round Five) in order to cash out and win. 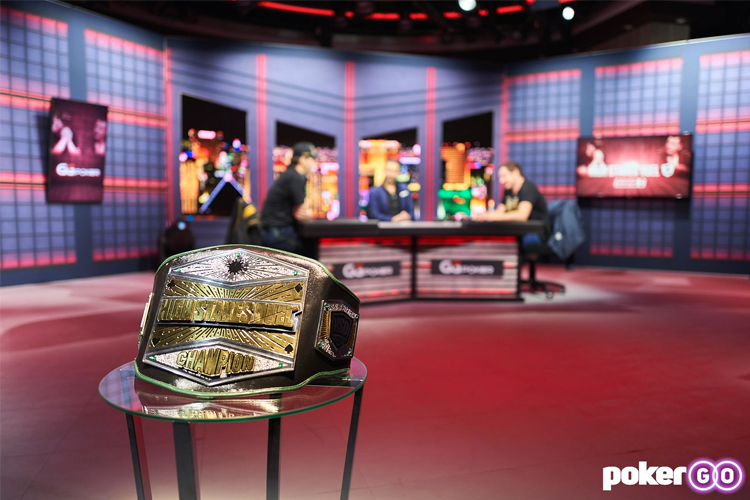 If that stays true (it’s a TV show so producers can change the rules at will), there could be some incredibly high stakes to fight for in the next few months. As mentioned earlier, Dwan would play again at $200,000 and whoever wins that would need to battle at twice that with only Dwan having the potential to walk away with a victory and an $800,000 prize pool. That seems to be the minimum.

So, all eyes will be on how far can the show go and how big is the player pool to help them get there. By the time Round 4 takes place, a $400,000 buy-in is bigger than PokerGO’s marquee event, the Super High Roller Bowl and it’s unlikely that there’s a massive player pool willing to play at those stakes in such a shallow format.

Phil Ivey is a natural fit, and fans would love to see it. A rehashing of the “Durrrr Challenge” debate could take place if Daniel ‘Jungleman’ Cates were to answer the call. Maybe it would be a nosebleed tournament pro like Justin Bonomo, Dan Smith, Andrew Robl or All-Time Money List leader Bryn Kenney. As the rounds go higher, would the wealthiest of businessmen in the poker space need to courted? Players like Paul Phua, Rick Solomon, or perhaps even PokerGO founder Cary Katz himself.

This is what is on the horizon for the show itself. It looks like either the initial premise is about to pay off on the promise of astronomical heads-up stakes or a hard reset is right around the corner with two new combatants creating new storylines (in anticipation of a Phil Hellmuth return.)

More on the conversation on High Stakes Duel can be heard on The FIVES Poker Podcast below: