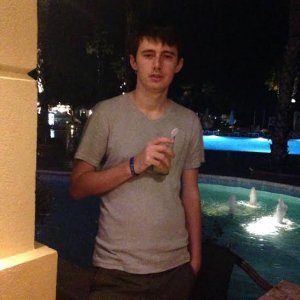 A couple of weeks ago, moiadcosmin(pictured), who is known in the real world as Joldis Cosmin, was part of a five-way chop of the PokerStars Sunday Million and reeled in $118,000. “I feel very good,” the Romanian told PocketFives in an exclusive interview. “Every player wants to do well in that MTT.”

Talk of a chop originally came up when six players remained, but quickly fizzled after the larger stacks refused. Then, after PocketFiver StoyanB busted in sixth place, negotiations resumed. For his troubles, Cosmin took home $117,000 and was the third largest stack at the time. The payouts ultimately ranged from $103,000 to $129,000.

“This cash has given me more confidence in my game and it’ll be easier to increase the limits I play,” he said of his six-figure payday. He is closing in on $650,000 in tracked MTT scores, about $400,000 of which has come from PokerStars and Full Tilt combined.

During the week, he plays $55 MTTs and under, while on Sunday he enters all of the weekly majors. Now, his goal is to play up to $109 buy-in tournaments from Monday to Saturday as he ups his stakes. He took down the 888 Poker Sunday Challenge earlier this year for $24,000, his second largest score to date. 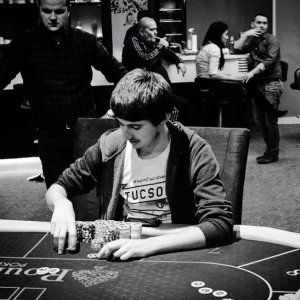 Cosmin (pictured) also wants to play live poker, which he said is “easier because there are more fish at the table. I want to play what I think provides value.” He has just over $5,000 in career live cashes, according to the Hendon Mob.

Cosmin got started in the game during his first year of university. He enjoyed competing and played recreationally for the first two years. He found his way to PocketFives in the first month of 2013.

He calls Romaniahome and is ranked #18 out of the 741 PocketFivers with PLB scores from that country. Romania’s PocketFives membership has amassed $60 million in online tournament winnings over the years, 10% of which has come in the last three months. See what’s going on at PocketFives’ Romania poker community.