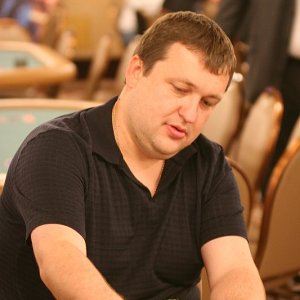 Antanas Guoga(pictured), better known in the poker community as Tony G, will either make a fantastic politician or a horrible one. We will soon find out if his “berate you until your ears bleed” persona at the poker tables translates to politics, as he was elected to the European Parliament on Sunday.

Running as a member of the Liberal Movement Party in his native Lithuania, Tony G originally announced his candidacy in early October on his blog, saying, “I have packed up the bike and I am going to EU Parliament in Brussels to change Lithuania. I made second in the list as a candidate for the Liberal Party and am really happy… The Liberal Party has set a goal during the European Parliamentary election to fight hard for two seats. Currently, the Liberal Movement in the European Parliament has one representative, so there is a lot of hard work ahead of me.”

He added, “I believe that Lithuanian politics needs new people and new blood and I want to be in a position to change policy and I qualify as ‘new blood.'”

And that goal was met. In 2009, the Liberal Movement garnered just one seat in the European Parliament, but with a surprising 16.5% of the votes, it had that number bumped to two out of the 11 available Lithuanian seats. That certainly helped political newcomer Guoga, who earned a spot along with fellow party member Petras Austrevicius. 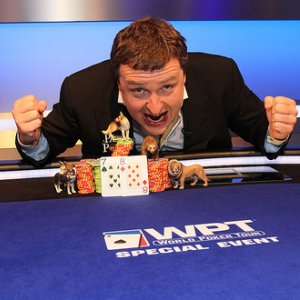 After his victory, Tony G posted a simple celebratory message on his Facebook page: “Today, we made history in Lithuanian politics – for the first time Liberals have won two seats in the European Parliament. My sincere thanks go to all the voters, those who supported and helped me along the way!”

In his poker career, Tony G has over $4.8 million in live tournament earnings, according to the Hendon Mob. He has numerous World Poker Tour and World Series of Poker cashes, but no open titles. His lone WPT victory was in a made-for-TV invitational in 2006 called the Bad Boys of Poker II. Though he only won $25,000 in the single-table event, the broadcast contributed to his development as a poker celebrity and cemented him as one of the most polarizing personalities in the game.