There’s more news about the rumor that Amaya Gaming is in talks to acquire PokerStars. According to Bloomberg, trading of Amaya’s stock on the Toronto Stock Exchange was halted on Tuesday “following a 28% surge in the past two days.” What the stoppage means regarding a potential acquisition, if anything, is not yet known, but a separate Bloomberg article stated that an announcement of a deal could come on Thursday.

Bloomberg told readers, “The stock was halted for pending news, according to a statement from the Investment Industry Regulatory Organization of Canada.” Spokesmen for Amaya and PokerStars declined to comment on the story.

Trading was officially halted on Thursday after Amaya’s stock rose another 17% to settle at CAD $14.08, up from just short of $6 in April. It’s unclear whether the acquisition would involve the PokerStars brand, PokerStars software, PokerStars customer base, or the entire Rational Group, the latter of which includes PokerStars’ sister site, Full Tilt. A reverse takeover is also not out of the question.

An acquisition could also just involve the Full Tilt brand and/or software, allowing PokerStars to focus on its own brand. According to PokerScout, Full Tilt Poker, once the second largest site in the world in terms of cash game traffic, has slid to #5. It recently launched casino games and has seemingly struggled after being declared a “global Ponzi scheme” by the US Government.

Bloomberg analyzed, “Acquiring PokerStars would mark a significant leap for Amaya in the $4 billion global business of online poker. The company, based near Montreal, generated $155 million in revenue last year. Gaining new ownership would remove an obstacle for PokerStars, the largest site of its kind, to return to the US after past clashes with authorities prevented the site from taking part in legal online gambling emerging in some states.” 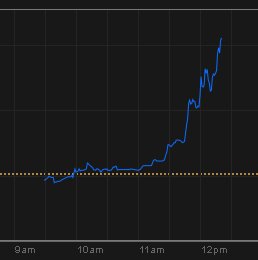 PokerStars finalized its purchase of longtime rival Full Tilt Poker in mid-2012for nearly three-quarters of a billion dollars. Its founder, Isai Scheinberg, and its Director of Payments, Paul Tate, were among 11 individuals indicted on Black Friday on charges that included money laundering and wire fraud. Neither Tate nor Scheinberg has surrendered to US authorities.

PokerStars has run into numerous setbacks while trying to reenter the US market. In New Jersey, the review of its gaming license was suspended for two years, while in California, a “bad actor” clause threatens to shut it out of the largest US state population-wise.