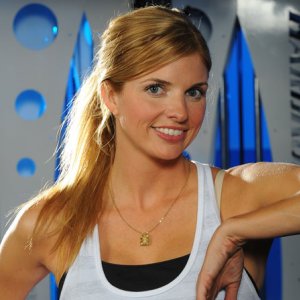 Reality television is a gold mine for networks. You don’t need pricey actors, you don’t need elaborate sets, you don’t need writers, and you don’t need special effects. Just find a few attractive and interesting people, slap together some sort of premise, roll cameras, and enjoy. The poker world has been featured in reality programming in the past, most notably on G4’s “2 Months, $2 Million,” and may receive more time in the process. Montreal-based Josh Kimmel has created the series “Living the Life” and is in the process of shopping it to potential buyers.

The show will star two women who have plenty of reality television experience, poker celebrity Trishelle Cannatella (pictured above) and 2005 Miss Montana USA Amanda Kimmel, no relation to the show’s creator. In “Living the Life,” the two beauties will travel to various locations around the world and compete against each other in poker and non-poker activities.

“They’re both extremely competitive. And they don’t like to lose,” Josh Kimmel told The Hollywood Reporter.

The show’s cameras will follow the two women around even when they are not competing. “If they lose and they go up to their hotel room and smash the TV set, that’s interesting to me,” Josh Kimmel said.

Cannatella first became known to a national audience as a member of the cast of MTV’s “The Real World: Las Vegas,” which aired in 2002 and 2003. During that season, the cast of “Road Rules: Campus Crawl” visited the Las Vegas Palms Casino and Resort where “The Real World” was filmed and the members of the two shows squared off against each other in a series of challenges. Cannatella went on to appear in another MTV show, “Real World/Road Rules Challenge: The Gauntlet.”

Cannatella has been on a number of other television shows, such as “Kill Reality,” “Punk’d,” “Dr. Steve-O,” Hulk Hogan’s “Celebrity Championship Wrestling,” and “Fear Factor.” She has also posed nude for Playboy.

In the poker world, Absolute Poker once sponsored Cannatella. More of a poker “celebrity” than a poker “pro,” she placed third in the 2010 World Poker Tour Celebrity Invitational, winning $20,000. 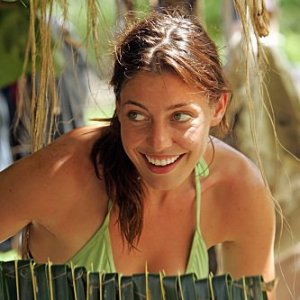 Amanda Kimmel (pictured) is a former Miss Montana USA, winning her crown in late 2004. She competed in the Miss USA 2005 pageant, but did not place. Kimmel finished in the top eight in the Miss Earth USA pageant.

Viewers of “Living the Life” would recognize Kimmel most from her time on the popular CBS reality competition “Survivor.” She finished third on the show’s 15th season, “Survivor: China,” behind Todd Herzog and Courtney Yates.

The very next season, she returned for “Survivor: Micronesia – Fans vs. Favorites.” She finished as the runner-up this time, losing a close vote to Parvati Shallow, 5-3. Never tiring of the show, Kimmel made a third appearance as a contestant on Season 20, “Survivor: Heroes vs. Villains.” Just as she was a “favorite” on her previous run, she was a “hero” this go-around, but only managed to finish ninth.

In an interview with PokerNews at a PokerStarsparty before the start of the EPT Barcelona Main Event, Amanda Kimmel said of the experience with filming “Living the Life” so far, “It’s been an adventure to say the least. There’s been a lot of drama, a lot of chaos… kind of expected, I guess. But it’s been a lot of fun so far.”

When asked what surprises the television audience will see, Kimmel added, “Just the things that happen. There have been some crazy things that have happened that are so unexpected, that I think are going to be shocking to viewers.” 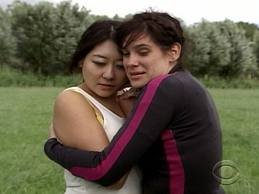 Poker players and poker celebrities have become popular choices for reality competitions in recent years. Friends Tiffany Michelle and Maria Ho (pictured) took part in “The Amazing Race,” placing sixth. Michelle also appeared on this year’s Food Network program “Worst Cooks in America,” where she fortunately was not deemed to be the worst cook. Unfortunately, she didn’t win either, finishing third.

Jean-Robert Bellande was one of Amanda Kimmel’s opponents on “Survivor: China,” finishing in ninth place. He did not vote for Kimmel to win and instead chose Herzog.

Perhaps most notably, however, was Annie Duke‘s stint on NBC’s “The Celebrity Apprentice.” Duke was considered by many to have been the strongest contestant throughout the competition and also contributed to one of the most memorable storylines of any season of the show, developing a vicious rivalry with talk show host Joan Rivers and her daughter, Melissa Rivers. In a controversial finale, Donald Trump selected Rivers over Duke to be the Celebrity Apprentice.