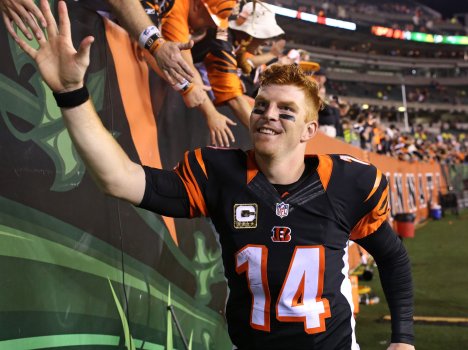 This weekend on the daily fantasy sports site Draftpot, the largest tournament that will be held is the $75,000 Guaranteed Touchdown, which now has a buy-in of $15. The tournament will pay out to the top 1,100 lineups and, given there are only 550 lineups entered right now, an overlay will likely be had. The top prize is $15,000.

The Touchdown has paid out to one-third to one-half of the field in recent weeks and a big difference between it and other tournaments you’ll find on other DFS sites is there’s no salary cap. You can quite literally pick whichever players you want and insert them into your Touchdown lineup. You’ll start one quarterback, two running backs, three wide receivers, one tight end, two flex players, one kicker, and one defense.

If you like salary cap games, Draftpot has those too. In fact, the second largest tournament being held for Week 10 of the NFL season on Draftpot has a salary cap and is called the Spike. It has a $30,000 guarantee and a buy-in of $25. First place will get $5,000 and the top 265 lineups will finish in the money. There are 133 entries in the Spike at the time of writing.

Draftpot also has games for NBA, NHL, college football, college basketball, PGA, and NASCAR, so there are plenty of sports to pick from.

By the way, we have a special promotion going on for PocketFives readers in Week 10. Sign up for Draftpot through PocketFives’ links, deposit at least $20, and play in this weekend’s Touchdown. When you do, you’ll get a free PocketFives hat. Click here to get started.