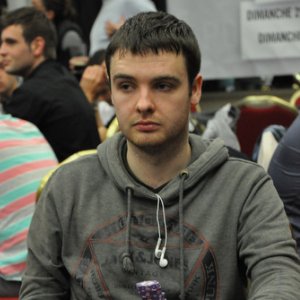 Last month, Daragh daragh999Davey (pictured) finished second in the 888 Poker Sunday Challenge. There were 844 entrants that day and Davey bagged $15,000 after coming up short on the final hand. “I’m feeling pretty good about it,” Davey told PocketFives. “It’s my biggest online result in a while. It’s always nice to run good on a Sunday.”

He calls Dublin, Ireland home and said he really had no recollection of the first few hours of the Sunday Major. He explained, “I usually push myself to play 17 to 20 tables on a Sunday, which is my absolute limit, so it just blurred in with the rest. By the time I had stopped registering, I think I had 15 starting stacks approaching the bubble, so I probably ran pretty well up to that point.”

He kept chipping up after the bubble and said, “The amazing thing about the Mega Deep on 888 is that it’s absurdly deep the whole way. The average stack stayed above 50 big blinds, so I was very rarely at risk. At the last two tables, I had a massive stack along with another guy who ended up sitting out, but he had such a huge stack that he laddered to third.” We’re never shocked anymore. 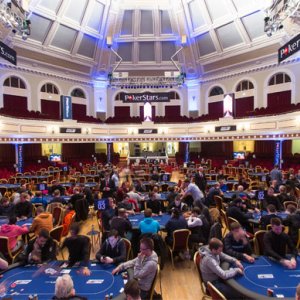 He runs a staking and coaching stable called The Firm based in Ireland that has a bundle of Irish players in it and won the UKIPT Player of the Year last season. That was quite an award for Davey, so much so that it’s the highlight of his poker career thus far: “It was an absurd amount of work relentlessly playing every single side and main event over something like 14 stops. I worked for and earned that one.”

For winning the UKIPT Player of the Year, Davey received packages to all of this season’s UKIPT stops “and a lot of bragging rights. It didn’t really affect me online, though. I’m always massively afraid that I will fall behind the curve and become -EV online, so my confidence level is never that high, which can be a huge positive, as it keeps me motivated to work hard.”

The Irishman started playing live cash games seven years ago and was instantly hooked. “I’m not really a gambler at all, but the strategy elements of poker instantly fascinated me. I was pretty bad for the first year or so, but then slowly started to win after reading some books and online articles as well as working stuff out myself. After a while, I decided to give playing full-time a try, as I didn’t really have much downside at the time.” 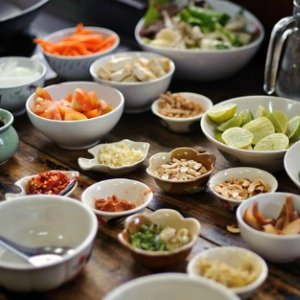 Davey initially had a very small bankroll, but played 70 to 80 hours a week of live games and ran well, allowing him to build up his war chest and confidently call poker a career. He has $812,000 in career online tournament winnings, including a win in the Sunday Challenge in 2012. He has another $315,000 in live tournament winnings, according to the Hendon Mob.

Away from poker, Davey is into computer gaming and cooking. He said of the latter, “I used to be pretty awful a few years ago, but think I’m at a reasonable level now, which is obviously great when I’m sitting down for long sessions since I can have a healthy and balanced diet. Also, the staking and coaching take up a decent bit of time.” He is additionally involved with TheChipRace.com, so he’s always busy.

If poker eventually goes south and Davey goes broke, being a chef or otherwise working in the culinary industry could be an option. We’ll hope, at least in the near future, that it doesn’t come to that.

If you don’t already have an 888 Poker account, sign up through the links on PocketFives to get an enhanced 100% up to $600 deposit bonus, $88 free in most locations, and one free month of Tournament Poker Edge or CardRunners poker training! Click here to get started.