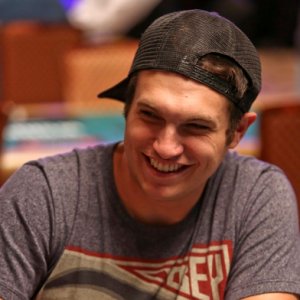 Starting on Friday at the Rivers Casino in Pittsburgh, Pennsylvania, four high-stakes poker pros will square off against an AI bot. The competition lasts for two weeks and will see Doug “WCGRider” Polk (pictured), Dong Kim, Bjorn Li, and Jason Les each play 20,000 hands heads-up against a bot developed by Carnegie Mellon University. The game is No Limit Texas Hold’em.

“Poker is now a benchmark for artificial intelligence research, just as chess once was,” said Tuomas Sandholm, a Professor of Computer Science at Carnegie Mellon, in a press release. “It’s a game of exceeding complexity that requires a machine to make decisions based on incomplete and often misleading information thanks to bluffing, slow play, and other decoys. And to win, the machine has to out-smart its human opponents. Computing the world’s strongest strategies for this game was a major achievement, with the algorithms having future applications in business, military, cybersecurity, and medical arenas.”

Each of the four pros will compete for a purse of $100,000, hoping to wrestle the six-figure sum away from the computer program, which is called Claudico. Polk, whom we’ve written about several times here on PocketFives, commented, “I think there will be less hand reading, so to speak, and fewer mind games. In some ways, I think it will be nice, as I can focus on playing a purer game and not have to worry about if he thinks that I think, etc.”

Play will proceed in two 750-hand sessions per day for 13 days. According to the press release, AI bots have had success in Limit Hold’em, but it remains to be seen whether they can master No Limit Hold’em, a game that’s considerably more complex.