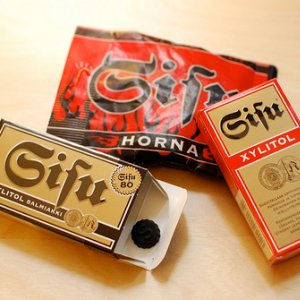 Last month, Finland’s gifuhornawon the Full Tilt Sunday Major, defeating a field of 850 players en route to a $34,000 payday. The top 90 finished in the money and the final table consisted of three PocketFivers, including Jeff YoungSupremacy Hakim. We virtually traveled to balmy Finland to get the scoop on his latest claim to fame.

“It’s obviously nice to reach a final table in a Sunday tournament, but winning it makes me happy,” the #28 player in the PocketFives Rankingstold us. “I had a pretty big stack when there were three tables left and tried to keep the pressure on against the other players. There weren’t many aggressive players before the final table that I ran into, so it was kind of the perfect situation for me. When the final table started, I had a good stack and there were ups and downs, but finally I was the only one left.”

As we said at the top, Hakim, who was ranked as high as #17 on PocketFives in 2009, final tabled the Full Tilt Sunday Major as well and finished in seventh place. According to gifuhorna, “He could have been a bigger threat if he had a bigger stack, but he was short and forced to play push-fold. He was out pretty quickly at the final table.” The other PocketFiver to make the final nine was England’s Jables20, who took fourth.

With $2.1 million in career online tournament earnings, the Fin now has the bankroll to play seemingly whatever he needs. He added that he has been hunting for a new apartment in downtown Ouluand will perhaps be speeding up that process after his latest Sunday Major win. 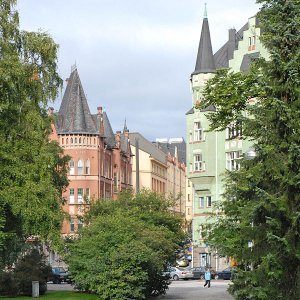 In January, gifuhorna won the PokerStars Sunday $100 Rebuyfor $59,000 and 427 PLB Points, his largest cash to date. He final tabled the same tournament last October for $35,000 and when asked who the top MTT player is right now, gifuhorna responded, “I prefer Finns and PocketFivers, so LarsLuzak is a pretty good answer. I think there aren’t many players who have an edge on him.”

LarsLuzak is one of 540 registered PocketFives members from Finland (pictured), about half of whom have PLB scores. The group has accounted for $45.7 million in total online tournament earnings, including $2.6 million in the last three months.

Speaking of Finland, we wanted to ask gifuhorna where his screen name came from. What the heck is gifuhorna, anyway? If you search Google for “Sisu,” which is a Finnish salt liquorish candy, you’ll see that the logo actually looks like it says “Gifu.” It’s printed in Fraktur font and looks like something out of medieval times.

If you don’t already have a Full Tilt Poker account, sign up through the links on PocketFives to get $25 free and one free month of PocketFives Training when you make a deposit. Get started by clicking here.