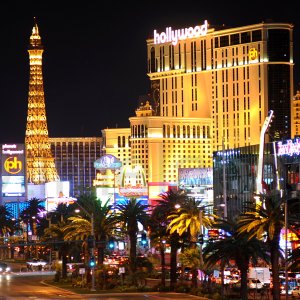 On Tuesday, 888Holdings released its financial figures for 2014and among the highlights was word that a compact between Nevada and Delaware to pool online poker traffic is close to being a reality. As a matter of fact, the company said it had already achieved “successful deployment of shared poker network across states of Delaware and Nevada in March 2015, creating significant competitive edge for 888 and its operating partners.”

Tweets circulating in recent days, as well as chatter on PocketFives, indicate there are a significant number of questions as to what games will actually be pooled. To get responses straight from the source, PocketFives reached out to Caesars Interactive Entertainment Vice President of Corporate Communications Seth Palansky.

As far as what games will be pooled, Palansky told us, “Almost everything will be linked together: cash games, tournaments, and sit and gos. But, promotions specifically for the WSOP.com player will remain exclusive to WSOP.com. Every brand in every market has to have some differentiators, especially when the software is the same.”

Palansky elaborated, “In Nevada, when we run WSOP satellites, they reward seats into the events at the Rio. There’s no travel money, for example, but our New Jersey satellites do have travel money. When you pool Delaware and Nevada, there’s no sensible way to do that. Anyone playing in Delaware will not be playing on WSOP.com; they will be playing on 888. They will be pooled with Nevada players, including those on WSOP.com, but pooling is different than everyone playing on the same site.”

As far as when we could see the integration actually implemented, Palansky told PocketFives, “The integration continues to move forward. Once all stakeholders receive the appropriate comfort level, we will move to begin the pooling. Things are tracking well, but there are still a lot of signoffs required.”