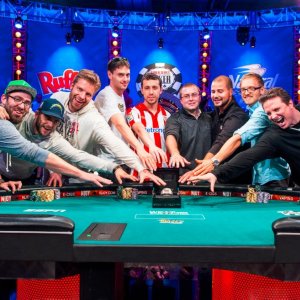 If you’re thinking of heading to the Penn and Teller Theater at the Rio on Monday for the long-awaited restart of the World Series of Poker Main Event or are planning on watching the gala unfold on television, expect “the craziest year yet,” according to Caesars Interactive Entertainment Vice President Seth Palansky.

“This is going to be the craziest year yet,” Palansky told PocketFives this week in an exclusive interview. “We’ve never had more support from the players’ rails than we’ll have this year. That will impact the general public’s ability to get in initially on Monday. Some will get in, but it’ll probably take losing a player or two before we can take all of the general public that’s interested in attending.” 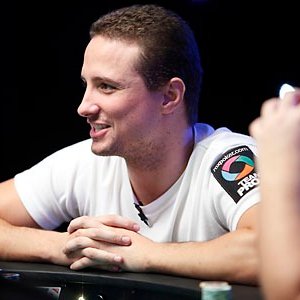 The Penn and Teller Theater at the Rio seats 1,200. According to Palansky, players’ families and friends will take up about 1,000 of those seats, or 83%. That leaves just 200 spots for the general public out of the gate. Bruno Politano (pictured), from Brazil, is bringing what should be a very rowdy rail of 120, the largest of anyone. Expect Carnival to invade the Rio next week.

“We have never given away more seats to the players themselves than we did this year,” Palansky revealed. “We don’t have a short stack this year. We don’t have a dominant chip leader, either.” Therefore, the pace of the Main Event, at least at the outset, could be rather sluggish.

This author has been to several November Nine finales. The atmosphere is unlike any other, as you’re watching poker being played at the most prestigious level possible. The number of fans in attendance is also pretty remarkable considering the less-than-rapid pace of poker in general. Palansky explained, “You’ll have enlarged big screens inside the theater showing you the table and updated chip counts. We’ll have some pomp and circumstance to introduce everyone.”

Speaking of introducing everyone, reigning Main Event champ Ryan Riesswill give the ceremonial “Shuffle Up and Deal” command on Monday, while ring announcer Bruce Buffer will handle those duties on Tuesday.

The November Nine is available on a 15-minute delay on ESPN2 on Monday night, with every hand shown and hole cards being revealed on-screen. Therefore, why would someone venture to the Rio to catch the action in person when they can sit and home in their pajamas and watch on TV? “If you’re a poker fan or have ever played, to witness poker on this stage in this environment is unlike anything you’ve ever seen,” Palansky argued. “You can be a fan of poker, absorb this setting, and be up on that stage next year playing for the bracelet.” 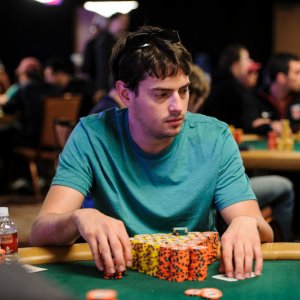 There are six countries represented in the November Nine this year, which should give the tournament’s finale a World Cup flair. Prepare to see a potpourri of football jerseys as well as signs in various languages. There should be plenty of incoherent singing and fans draped in the flags of their home countries.

“I’m rooting for him to be successful,” Palansky said of Newhouse. “Ultimately, the cards will dictate your fate. I’ve seen Phil Ivey go out with A-K versus A-Q. I’ve seen 2-2 beat J-J. I’ve seen Q-Q lose to 7-7. Anything can happen. He’s achieved something incredible and will walk away from next week’s experience having done something that probably won’t be done again in the history of poker.”

Catch all of the action from the Main Event starting next Monday on ESPN2 and right here on PocketFives.