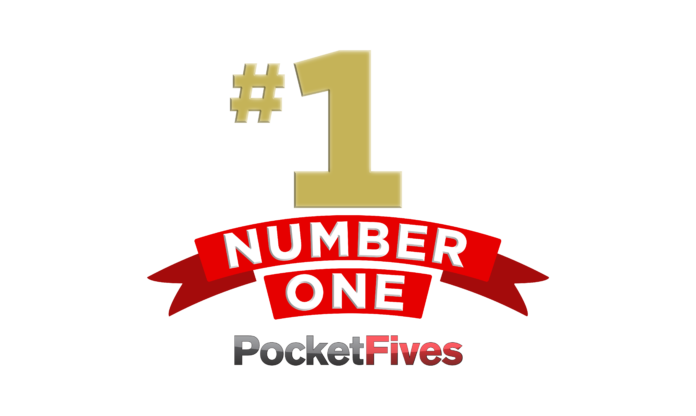 Though tens of thousands of players have made their way into the PocketFives Rankings since the website launched in 2005, just 60 different players have climbed to the top and held the #1 spot.

This list of players who have been #1 includes some of the most respected and feared players in the game, spanning multiple eras of online poker. There’s no doubt that these 60 players are all great – but who is the greatest #1 of all time? It’s a question that’s never been asked.

And the answer to that question is entirely up to you. Over the next 30 days, poker fans will have the opportunity to help determine who the #1 Number One is in our head-to-head bracket style competition – and can win their own share of more than $2,000 in prizes along the way.

The PocketFives #1 Number One is a single elimination tournament with all 60 former #1s. All players were seeded and placed in the bracket based on how many times they hit #1, how long they held onto the top spot, their career online earnings, and how many Triple Crowns they have won.

“We wanted to give poker players and fans the opportunity to have their say in who they think is the greatest online poker tournament player of all time,” said PocketFives President and Editor in Chief, Lance Bradley. “The next month should be a lot of fun with some 60 former #1-ranked players vying for the title and the championship belt.”

Show me the bracket!

Each day for the next 30 days, PocketFives will release two match-ups via Twitter for poker fans to vote on. Each poll is open for 24 hours with the player receiving the most votes moving on to the following round. This continues until the #1 Number One is determined on May 4, 2021. The player receiving the most votes in the final round earns the title of #1 Number One and the accompanying championship belt.

Not only will poker fans around the world have the chance to vote, they’ll also be able to win their share of more than $2,000 in prizes by entering a bracket with their predictions for how each match-up goes through all six rounds. Points are awarded for each accurate prediction with the points awarded each round doubling from 10 in the first round up to 320 in the final.

Prizes include a Run It Once Training Pads on Pads course, valued at $999, as well as prizes from D&B Poker, Faded Spade playing cards, and Run Good Gear. To be eligible for prizes, entrants must have a PocketFives account and must follow PocketFives on Twitter.

Full details including rules, prizes, and all match-ups are available here.