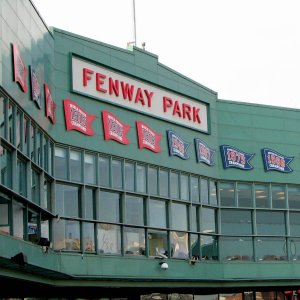 With the usual full schedule of quality matchups, the action looks very strong on Saturday night over at DraftKings, where, as always, they are offering up MLB tourneys at every buy-in level imaginable. Let’s dig in and see if we can uncover a play or two that unlocks the bundle of cash!

To review the guidelines mentioned over previous columns, we suggest the following guidelines as a solid backbone to start with in GPP lineup construction. There are plenty of other factors to pay serious attention to, but be sure to keep in mind the following:

– Pay For Pitching: Your starters are way more likely to show consistency from one start to the next than your hitters are from one game to the next. A durable starter will be compiling 4% to 5% of his seasonal total today, while an everyday player will be taking less than 1% of his at bats. A pitcher also is directly involved in every play when his team is in the field, furthermore hammering down variance.

– When choosing between hitters in a GPP, always favor a power hitter over a line drive/high average guy due to how DK strongly favors the power hitter in their scoring. We want high ceiling players hitting that top, and the contact hitters of the world won’t win you big GPP prizes.

– Stack, stack, stack: Each player in a lineup greatly influences the scoring of those close to him in the lineup. Make a real effort to get at least four hitters from the same lineup in your entries – hitting might not be contagious, but baserunners lead to points. The right lineup is like bonus points in pinball; you aren’t getting the high score without gambling on a possible tilt.

– Pay serious attention to lefty/righty splits. Avoid stacking lineups with multiple lefties, as those lineups are easy prey to the lefty relief specialist. As the season goes on, this becomes more pronounced, as every team seems to uncover a run-of-the-mill reliever that becomes Kershaw when a fellow lefty is standing next to his catcher.

Last week, we suggested attacking the vulnerable CJ Wilson in Houston; the top half of the Astros order did hit two homers, but I’d still chalk the result up as mediocre at best. Too many guys in the stack didn’t take advantage and it wasn’t a play that was going to bring big money. With that recent pop-out to short left in mind, let’s look ahead to a better day.

On to Saturday night!

We have eight games starting at 7pm ET or later, so let’s focus right there. Our friend CJ Wilson is back, but is home and facing a mediocre at best Rangers lineup. The Giants, in Colorado and facing De La Rosa, are a possibility, but the fact that they will be affordable and highly used due to location makes them a fade for GPP purposes. When a lineup is below average and will be disproportionally owned (they also have a bunch of lefties in their lineup, even against southpaws), you have all the excuses you need to look elsewhere; what we land on this week is the Boston Red Sox Stack.

Nothing warms my heart as a Yankees fan more than touting the Sox, but there’s another DFS lesson right here: emotion is a losing factor to incorporate into your team selection. You have to be as objective as possible to maximize your edge, and the lineup I want wears the enemy colors. The Red Sox storm into hitter friendly Baltimore to face even friendlier, home run prone Wei-Yin Chen.

When last they met the other day in Fenway, the Red Sox put up five runs on Chen in less than five innings; I see much more of the same on Saturday, but with a few home runs this time for good measure. Chen is a flyball pitcher and his very misleading 3.07 ERA translates into a more telling 6.61 FIP. On the Boston side, leadoff hitter Mookie Betts has infinitely better numbers against lefties, and lefty David Ortiz actually had more HR/AB vs lefty tossers in 2014 than righties.

Positioned in between the two, you have Pedroia who is, well. Pedroia. Sliding down the order, Napoli handles lefties and HanRam certainly is capable of huge damage any given night. Any hitter in the order that is wedged in there between any of these guys will be a great low profile value play. With Adam Wainwright being the only thing close to a stud starting pitcher going on Saturday night, there is no salary excuse to not stack hard; I’ll be squeezing as many Bosox bats in my lineup as I can.

As always, keep an eye on the weather, as you don’t want a starting pitcher getting cut short due to delays, and best of luck to everyone attacking the juicy DraftKings Saturday night DFS schedule. Sign up for DraftKings here if you don’t already have an account.