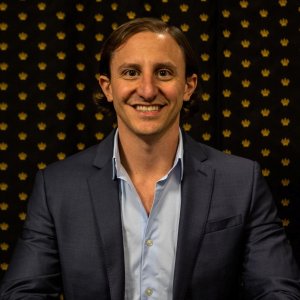 In recent days, the World Poker Tour wrapped up its annual end-of-season Championship event from the Borgata in Atlantic City. This year, the tournament attracted 239 entries, down 27% from the 328 recorded last year. PokerNews’ Donnie Peters (pictured) called the development “worrisome,” so PocketFives took to Twitter to figure out why attendance slid so much.

Peters gave his take on why the WPT Championship headcount dropped, Tweeting, “5% no High Roller and Super High Roller, 20% timing on schedule, 75% location.” The European Poker Tour’s Grand Final was taking place concurrently across “The Pond,” meaning many poker pros were camped out there rather than in aging Atlantic City, the site of the WPT Championship.

Kevin Mathersadded on Twitter, “Also no re-entry, second Day 1 flight, and no guaranteed prize pool.” The 2014 WPT Championship had a $5 million guarantee, while no guarantee existed this year.

Getting to Atlantic City is no easy feat. A small airport exists about 10 miles away, but is largely just served by Spirit Airlines. Instead, most players fly into cities like Philadelphia and then drive over an hour. Speaking to that, Online Poker Report’s Chris GroveTweeted, “Lot harder to get to via plane than some other places.” Contrast Atlantic City with a place like Las Vegas, where the airport, which is served by dozens of carriers, is a stone’s throw from the Strip. 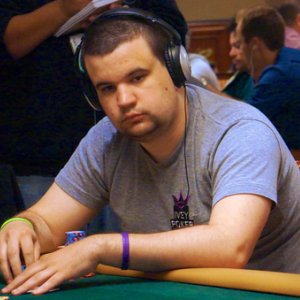 United Airlines formerly served Atlantic City’s airport, but discontinued service in December. Thus, only three airlines serve 13 destinations. Compare that with McCarren Airport in Las Vegas, which has over 30 airlines and is one of the busiest hubs in the entire world.

We had a few high-profile players lend their thoughts on the declining WPT Championship attendance. Mike Gags30Gagliano, who is from New Jersey, commented, “Lack of guarantee versus last year, also timing made it tougher to do this and Monte Carlo.” Christian charder Harder (pictured), who made the WPT Championship final table in 2009, added, “It was reentry last year and not this year.” Peters said on Twitter that there were only 12 reentries last year.

“Poker Life Podcast” host Chicago Joey said the cab ride to and from the Atlantic City airport put him on life tilt: “Last time I was out there, the ride to and from airport was so tilting.”

What do you think? Comment here and let us know.