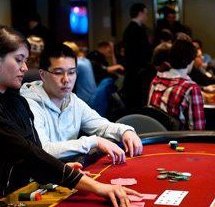 In January, he was as high as #7 worldwide in the PocketFives Rankings. We sat down with Wakeman to talk about what it’s like to win tournaments to the top of the Wazza (look it up).

PocketFives: Congrats on the Party $100K win. Can you walk us through how the tournament went in general?

Matt Wakeman: The tournament went surprisingly smoothly. It was definitely a little softer with a lot of the good regulars at the WSOP, which obviously helps a lot. I pretty much got a stack early and went into the money 1/30. From there, things weren’t so smooth and I ended up hovering around the 20 big blind range for much of the final table.

One guy in particular just crushed the final table, BombDropper. He had all the chips and was abusing everyone. I had to be patient and I guess in the end, that worked out for me. I was very lucky to win a couple of flips versus BombDropper and ended up busting him in third place. The guy I got heads-up with was intent on open-jamming 50 big blinds every button, so it was just a matter of picking up a hand to snap him off with. 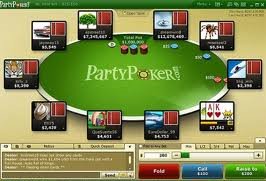 PocketFives: Is this a prestigious tournament to win? How do its structure and field compare to what you’d find in similar tournaments on other online poker sites?

Matt Wakeman: Anything considered a major is really nice to book a win in. It’s definitely the smallest major in terms of field size, but the structure in general is suitable for a $500 buy-in tournament. The field is definitely softer than the Sunday 500 on PokerStars. The big difference with PartyPoker tournaments is the payout structure. It is very top-heavy, so you need to pay more attention to the tournament when you are deep as opposed to PokerStars tourneys, for example.

PocketFives: You’ve been kind of quiet as of late after cracking the top 10 in the Rankings in January. What have you been up to?

Matt Wakeman: Yeah, you might be surprised to know that I have had my two biggest volume months ever in April and May. I have been on a really nasty downswing that has essentially been going on for six months. It has been a really bad year for me so far, but hopefully this is the first sign of the ship turning around.

PocketFives: Have you been able to branch out into other games besides NLHE? What has been helpful or not helpful along the way?

Matt Wakeman: Not at all. I have a very basic grasp of PLO and even though it was something I was interested in learning before I transitioned into MTTs, I have been squarely focused on improving my NLHE MTT game since then.

PocketFives: What do you do to continue to learn and grow in poker?

Matt Wakeman: A lot of things. This downswing has really made me work harder than ever and in April I spent over 50 hours just studying. I think a mix of things is always best to ensure you get varying perspectives.

I watch training videos, review my own hand histories, review hand histories with friends, do some theory work, and also spend time railing some of the best players after I finish my sessions. I also do some coaching, which is always great in order to get refreshers and get different perspectives on certain things. At the end of the day, I think that is what is most important: getting different perspectives and giving thought to each of them to see what works for you.

PocketFives: Do you still play Heads-Up SNGs? Are those helpful when it comes to succeeding in MTTs?

Matt Wakeman: Very rarely these days. But, having a background in heads-up play is very helpful when it comes to closing tournaments. 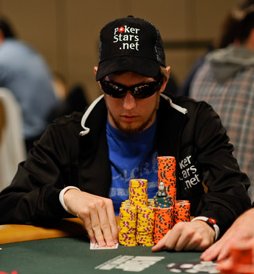 PocketFives: Who have you been rooting on at the WSOPand how has that been going? We saw a few of your Tweets railing Bryan PrimordialAAPellegrino (pictured).

Matt Wakeman: Yeah, Bryan is one of my very best friends in poker. I am stoked for him and was definitely sweating him pretty hard in Event #5. He is a bit like me, I guess, apparently an expert in heads-up play but can’t close.

Probably the person I’d most like to see do well is my good friend T Money. He had a really close call last year and has had some tough times between then and now, so hopefully he can stop being a muppet and actually win something. I would love for GINS FINEST to win the Main Event, but he probably spews too much for that to be realistic. Pretty much everyone I talk to or know gets my full support at this time of year. 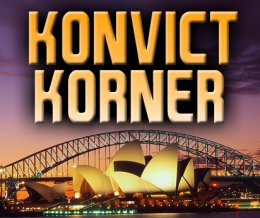 PocketFives: You host a QuadJacks radio show? How did you get into that?

Matt Wakeman: I host a show with my good friend random.chu. We do a show specifically geared toward Australian poker players and enthusiasts called “Konvict Korner.” We are currently on a break for the duration of the WSOP. We will be back with the show straight after the WSOP comes to a close.

I actually got into it after doing an interview with the guys. After the interview, they pitched the idea to me and it sounded like a lot of fun, so I jumped on board. Since Chu has joined as my co-host, the show has definitely been a lot more fun and I would venture to say the quality of the content has also improved.

Visit PartyPoker todayto sign up for this week’s $100K.