The schedule for the final World Poker Tour events of Season XIV was unveiled on Wednesday and included one major change. The WPT Championship as we know it is no more. In its place is the WPT Tournament of Champions, an invite-only event to be held at the Seminole Hard Rock Hotel and Casino in Hollywood, Florida in mid-April. 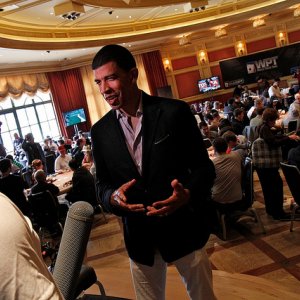 WPT President and CEO Adam Pliska (pictured) commented in a press release, “By combining Season XIV winners and WPT Champions Club members, the season-ending WPT Tournament of Champions will truly be a championship event. We will promote the ‘champion of champions’ to our millions of television viewers and to the thousands of players in the community for seasons to come, solidifying the winner’s place in the World Poker Tour’s rich history.”

The new Tournament of Champions begins on April 21. Here’s a look at the tournaments leading up to it: